Build the campsite from the ground upwards, Backbone International was on site for the latest Electric Daisy Carnival in Las Vegas.

Backbone International’s Rutger Jansen picked up the story: “The campground was a huge asphalt terrain which we wanted to transform into a fairytale wonderland. Laying down 2.7 million square-foot of artificial grass is a serious challenge, especially in the desert where we regularly had to deal with stormy weather.” After turning the rough terrain into a green oasis, Backbone International had to build up 4,800 shiftpods which got equipped with airconditioning and power.

“In addition to last year’s Camp EDC, this year attendees had the option to book a preset RV besides driving their own RV onsite, so we also had to arrange all practical necessities for 1,500 RV’s.” Jansen reflected: “To accomodate these huge quantities, we had to completely redesign the power grid.”

Also new for this edition was the check-in lobby the Backbone International team built with food, music, seating, shade and WiFi. “We also doubled the number of check-in lanes for RV campers and took care of even five times more check-in lanes for the shiftpod campers than last year,” Jansen explained. “We redesigned the passage between Camp EDC and the festival, built four swimming pools on the Mesa with more space to play and took care of new chill zones on the campsite.”

Besides the creative development of a completely new Camp EDC, Backbone International was also responsible for the build and all operations during the event, making sure that the client didn’t need to worry about anything. The full production and operations of Camp EDC was in Backbone International’s hands. “Six weeks of hard work during the buildup and pre-production was all worth it. It was really a journey of a lifetime and we are already looking forward towards next year’s edition,” he concluded. 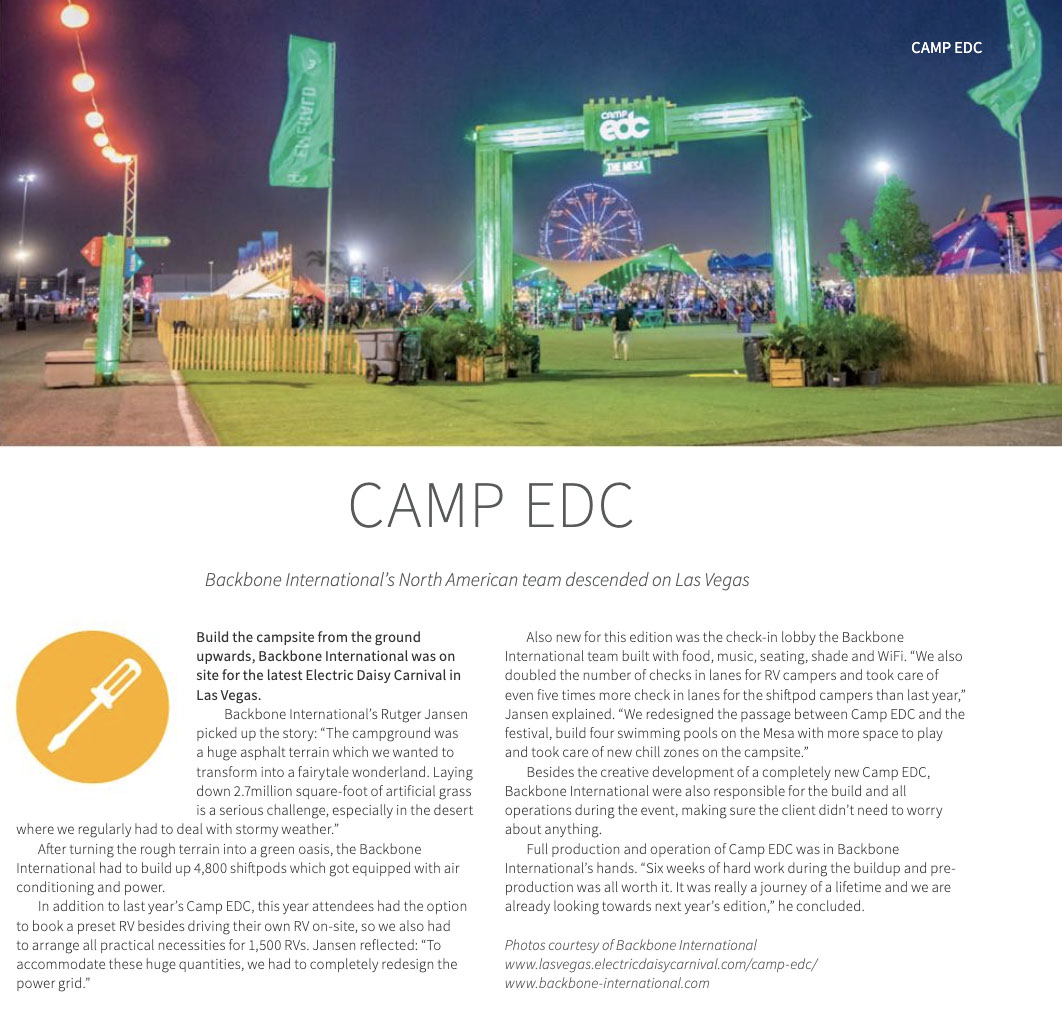