Dancing for a greener planet, Justdiggit and Backbone about Raindance February 3, 2021

At the end of 2018, Backbone teamed up with Justdiggit to organise the first edition of Raindance. The Raindance project aims to create awareness for the key role nature plays in mitigating global warming, celebrate the regreening successes so far, but most of all demonstrate the urgency of climate change and promote one of the major solutions, nature. The Raindance Project utilises the power of music and dance to unite, inform and activate people globally. Three stages were built for the first edition in Amsterdam, Tanzania and Kenya and were in direct contact through a live connection. The program consisted of both live music and inspirational talks about regreening. 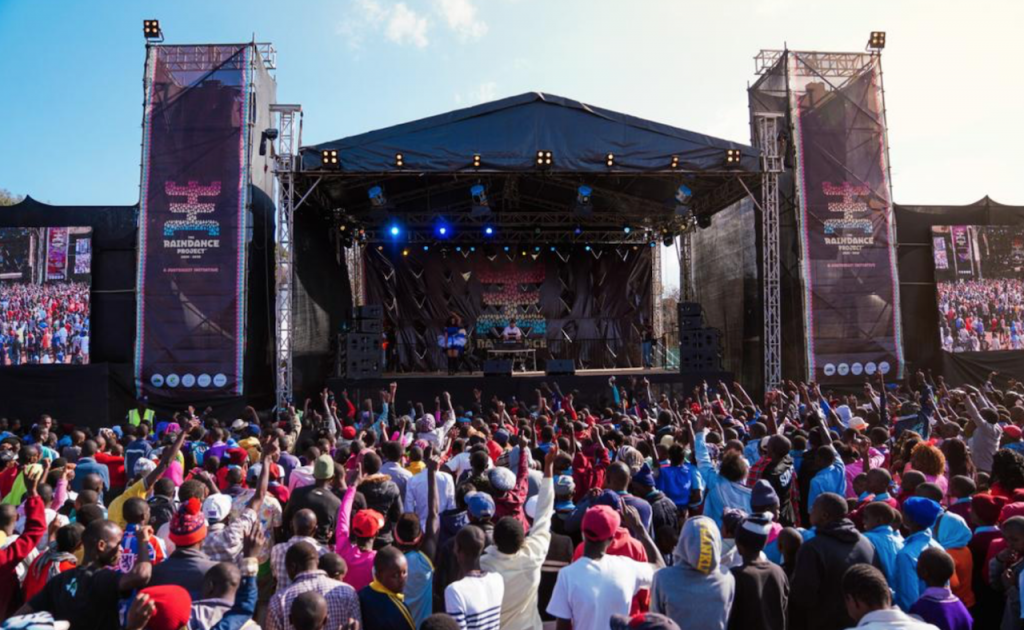 THE RAINDANCE IDEA
Dennis Karpes, founder of Raindance and Justdiggit: “We have been working with indigenous people in Africa since day one and was always amazed by their knowledge and wisdom of Mother Nature. I was browsing on the internet to learn more about their wisdom and rituals about nature. One of their rituals are raindances. A weather modification ritual that attempts to invoke rain, historically performed by many Native American tribes, particularly in the Southwestern United States. Right away I was honorably inspired to name our Justdiggit event, The Raindance Project”.

WHERE AND WHEN
The kick off of this biennial event was the 14th of September in 2019. 3 events took place simultaneously in three different countries: Keya, Tanzania and The Netherlands. Justdiggit is working for over a decade now to restore a degraded landscape by combining traditional techniques with new technology and a strong communication approach. Hence the decision to focus on these countries with The Raindance Project to amplify the awareness about regreening and celebrate the successes that are already accomplished. 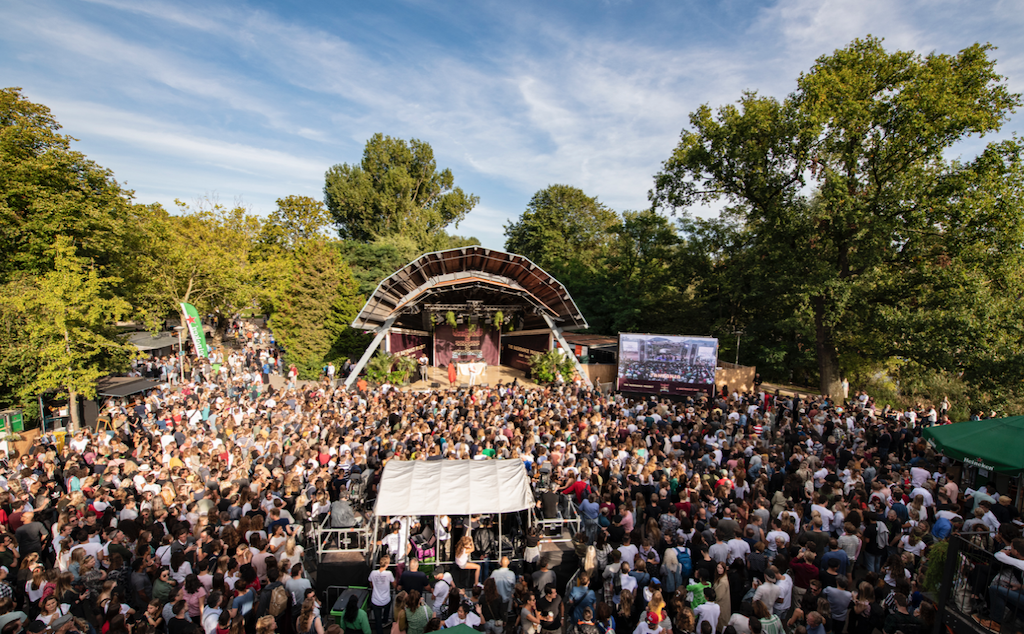 Dennis: ”A Raindance event is a moment of celebration and inspiration to all people involved as it sparkles with dance, music and great power. The universal language of music unites people and with this event we would like to bring understanding, activation and motivation to, amongst others, the farmers which we educated to restore degraded landscape”.

THE SET UP AND THE TEAM
Setting up a stage in a remote outlandish area in both Kenya and Tanzania is not a suitable job for everyone. Nevertheless the search for a production partner didn’t even start yet when Justdiggit teamed up with Backbone.

While Dennis and Wessel from Justdiggit were in the middle of their research trip in Kenya, Dennis received the following text message from Joris. Hi Chief, it’s all nice and well here in Indonesia workwise, but it’s about time i’m going to take on a project to make the impossible, possible.

Before that message was received, one year passed by without any communication between the two, which almost proves coincidences don’t exist. Joris and Dennis got to know each through their work for Dance4Life. Dennis: ”The intrinsically motivation Joris has is without a doubt why we choose Backbone to join the team. It doesn’t matter how far we are apart, we always turn out to be on the same wavelength. During the project the other Backbone team members showed the same DNA which is a great characteristic to work with on projects like these”.

Joris, Backbone: ”The raindance event locations in both Kenya and Tanzania didn’t have the luxury of electricity or lighting to begin with. The difficult event locations  and LIVE broadcasting of the raindance program was therefore exactly the right mission impossible that I was eagerly waiting for. Finding solutions with local suppliers and crew is what we did and what turned out to be the right formula for a successful Raindance event”. 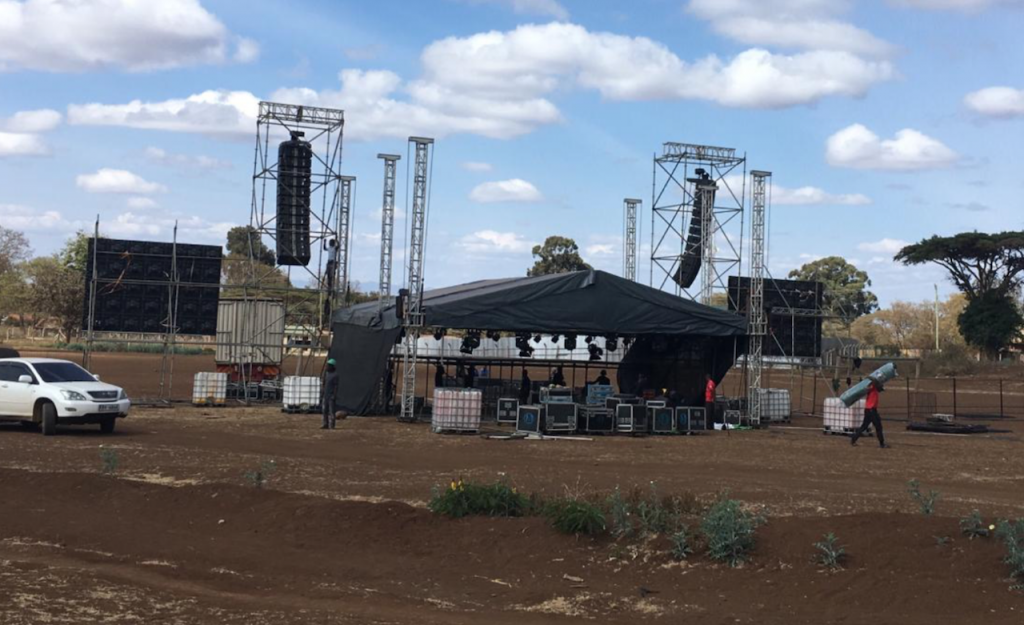 Two days before the show, the upload speed turned out to be insufficient in that area for a live broadcast. Luckily our partner, Mr.Drazen from 6:AM Entertainment was able to contact the local Telecom company who managed to place an extra receiver at the internet connection pole to increase the upload speed.
The Raindance team consisted of:
– FABER, NEP and FabriQ, who shared their resources and knowledge about the complex set up of a live stream on a non-profit basis from the Netherlands .
– 6:AM Entertainment as local production team in Kenya with Drazen in the lead.
– Mosound as hardware partner for all lighting, sound and stage materials in Kenya with Denise Rosiello, Kevin Mulei and Peter Waithaka
– Njamasi and Godlove as local project managers from Lead Foundation in Tanzania supported by local sound en light equipment suppliers 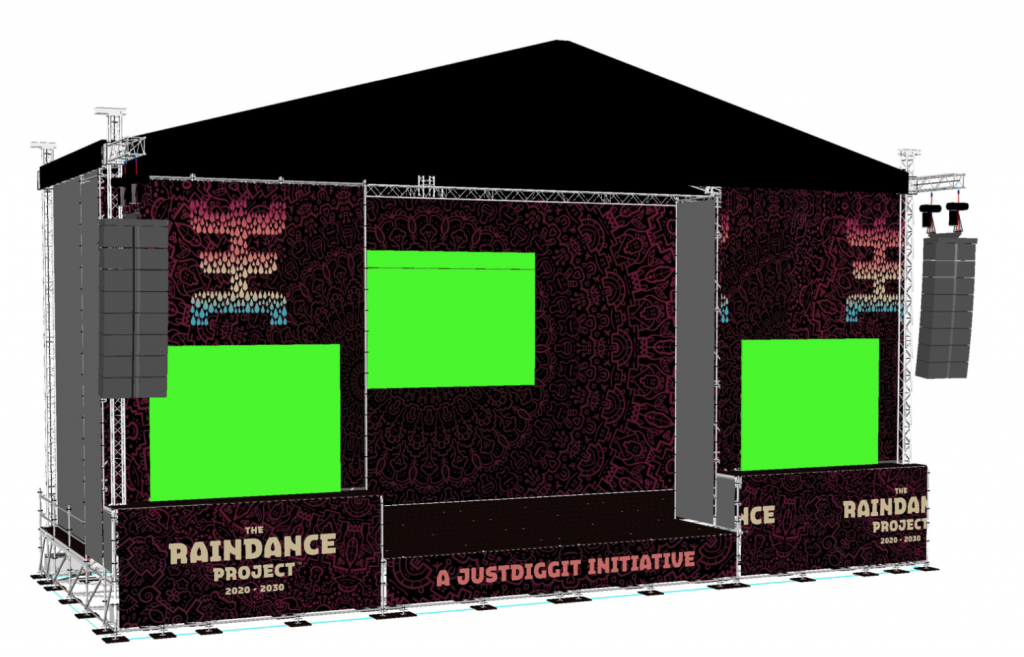 In Tanzania a last minute location switch was needed due to the lack of emergency exits in the soccer stadium. This meant a completely new event set up within 10 days including new technical drawings, crowd flow schedules and traffic support overviews. Also the local authorities had to give another approval and sign off after analysing the new plans within a short time frame. 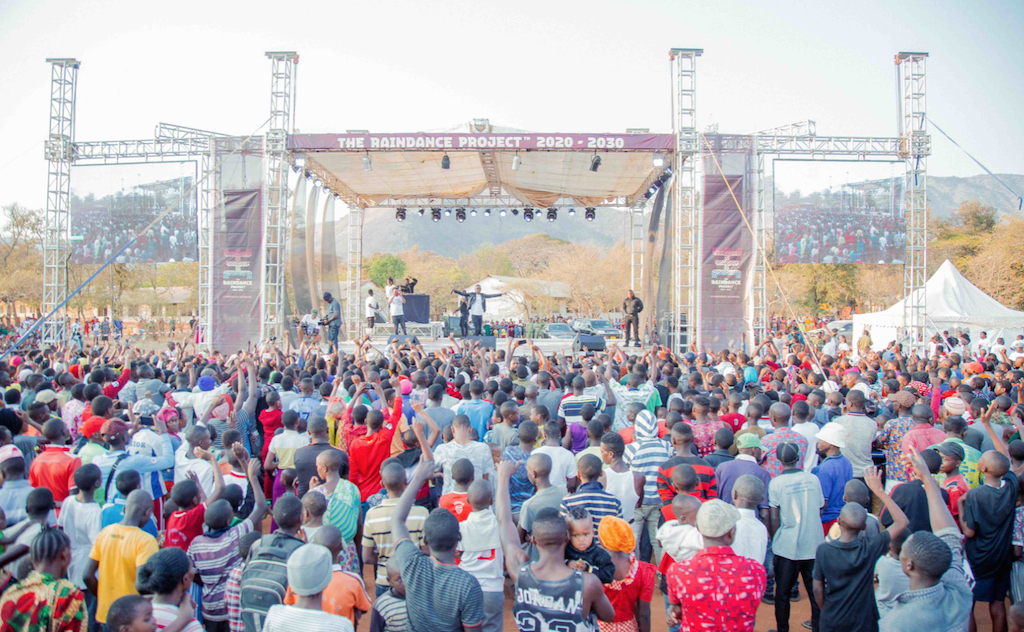 Joris Backbone: ”It was fantastic to see how this project turned out so professionally whilst coping with the challenges of remote areas. This project has such a great outcome due to the full dedication and expertise of each team member. These are the heroes who got the job done through good communication, flexibility and teamwork”.

FUTURE PLANS
The first edition of Raindance was a pilot project which showed a lot of enthusiasm amongst people who got to know the concept. The spectators showed up in great numbers and BNN, VARA and 3FM supported in mediareach. 3FM even broadcasted Raindance.
A point of improvement turned out to be reaching out to spectators during the show on an individual level with the message regreening. These learnings are the focus for the next edition.
Dennis, Raindance: ”With the justdiggit projects we visited small villages with a white screen and a speaker to show the regreening projects. Every single time we are welcomed with music, dance, smiles and a great party. In the future I can see a live connection from the Raindance mainstage to these rural villages. If we facilitate a screen and a booming JBL audio system, i’m 100% sure the entire village will go wild and celebrate the successes of the restoration to the fullest. The UN declared that from 2021-2030 it will be ‘The Decade On Ecosystem Restoration’.That is no coincidence!  I would like to see that the UN will become a partner of The Raindance Project together with some other big players like the AFR100 and the IUCN because this music concept will help to create this Decade on Ecosystem Restoration! That combined with support from big international corporates and media companies could build something amazing the coming 10 years. Maybe a new kind of live Aid. I believe that the world is ready for that!