After a year of uncertainty and staying indoors, at a time when festival season would normally erupt in all its diversity, creativity and optimism, a temporary beacon of hope grew and flourished at District West in Amsterdam, The Netherlands. An eye-catching temporary monument, a co-creation between VVEM & WINK, District West, Brok Décor International, SOLID, De Loods, ID&T, Q-dance and many others.

The Tree of Hope was a 30m high symbol of hope for the whole event industry and was created by the unsung heroes of the Dutch festival industry. Makers, inventors, crew and creatives, normally behind-the-scenes, spent four months designing and building this unique project. Not only to be able to do what they do best, but also to bring hope and inspiration to anyone who has had a difficult time in the past year. Each bird-of-paradise in the tree represents a different organization or maker, flying around the festival industry. Together they represent the event industry in which the Netherlands plays Champions League on a global level.

The outer shape of the tree was a 5,000m special scaffold layer – the basic building material for all events and festivals. The hands were knotted from 15,000 kg willow twigs around a specially welded steel frame. There were 120 birds of paradise, printed on and sawn from FSC / PEFC certified wood. The tree stood on a base of 60,000 kg of concrete and was lit with 200 lamps.

Backbone was given the responsibility of the technical production and took months of preparation. A nice element to it is that the team ensured all materials used were re-usable.

Project Name: Tree of Hope – Symbol of hope for the whole event industry 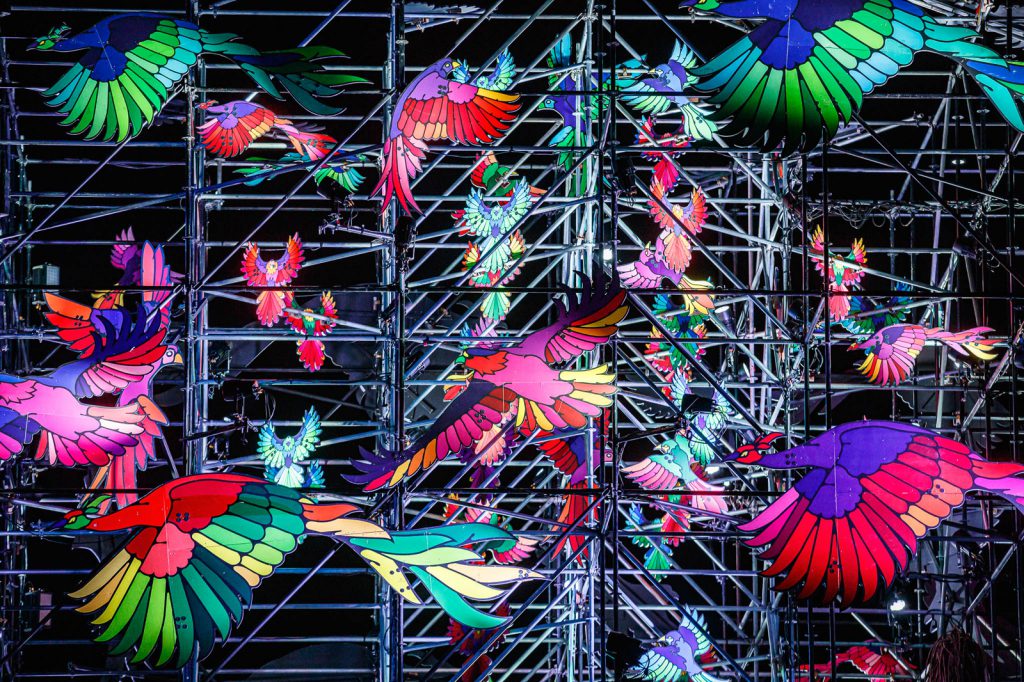 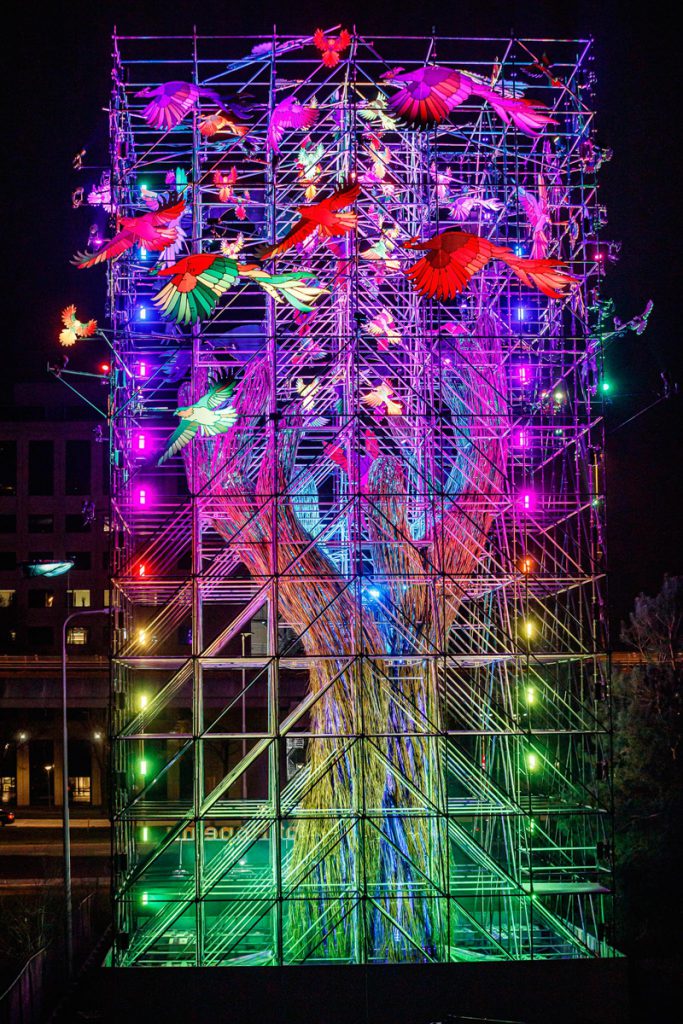 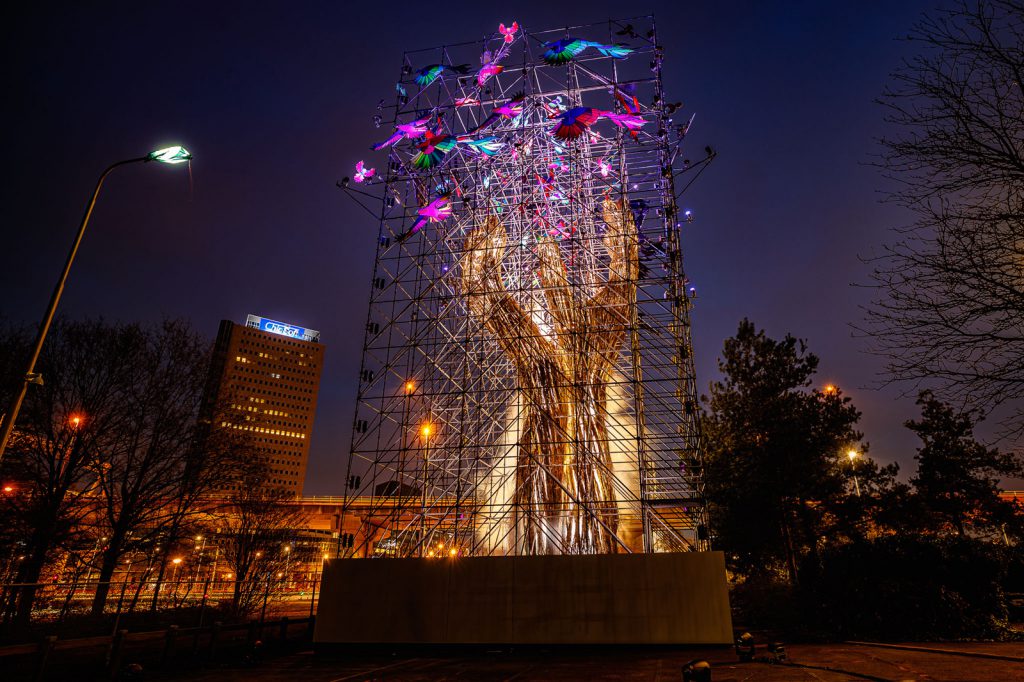