What began in the year 2000 as a one-off event in the Amsterdam ArenA (nowadays Johan Cruijff ArenA), blossomed into an international phenomenon. Sensation has toured through more than 35 countries and welcomed millions of visitors worldwide. The event is well known for its iconic all-white dress code and their yearly renewed themes. The concept has won awards for ‘Best Event of the Year’ in countries such as the Netherlands, Germany, Australia, Brazil, and Denmark. Sensation is all about the experience, spectacular show elements, entertainment acts, a star-studded lineup of the most talented international DJs, and massive Production. Upon announcing a hiatus for five years, Sensation was back on the 2nd of July, 2022 in the Johan Cruijff ArenA, Amsterdam – hosting around 40,000 attendees.

Backbone was responsible for the 2D and 3D drawings, the entire production management including the technical- and overlay production. Amongst other things, the team handled the house rigging, show rigging, lights, video, motion, construction, general infrastructure, venue fencing, decor, and the implementation of 1700 square meters of LED screens.

During the final load out day of Sensation, the load in of the Rolling Stones concert took place. To ensure a smooth transition for this, the team collaborated with Mojo in coordinating what materials were needed and could stay for the gig. 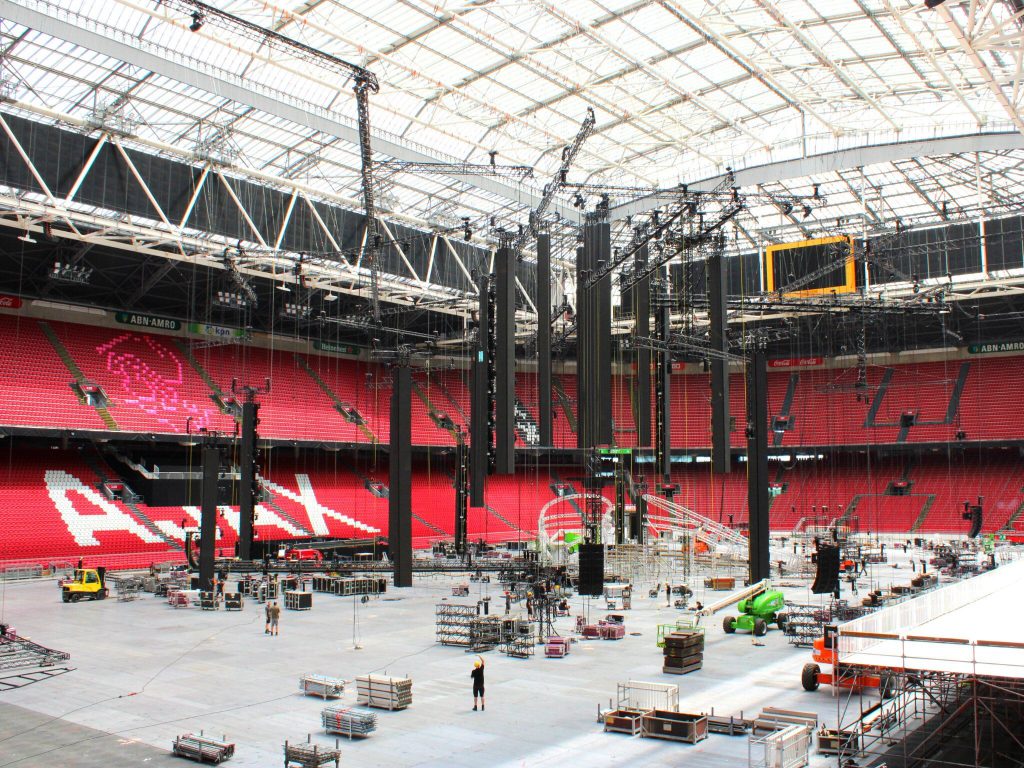 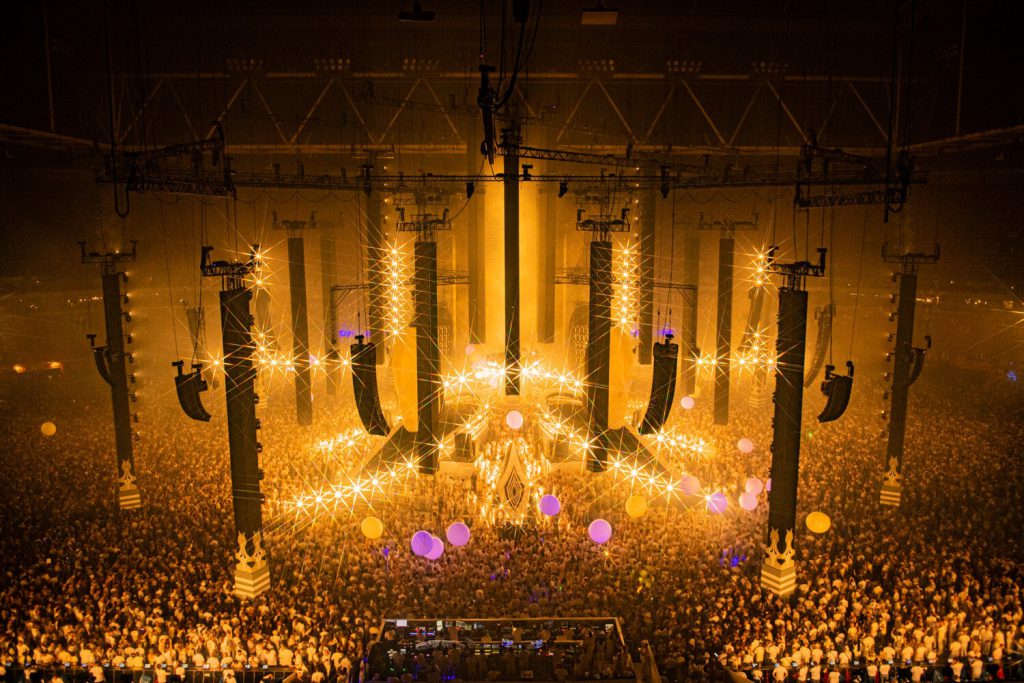 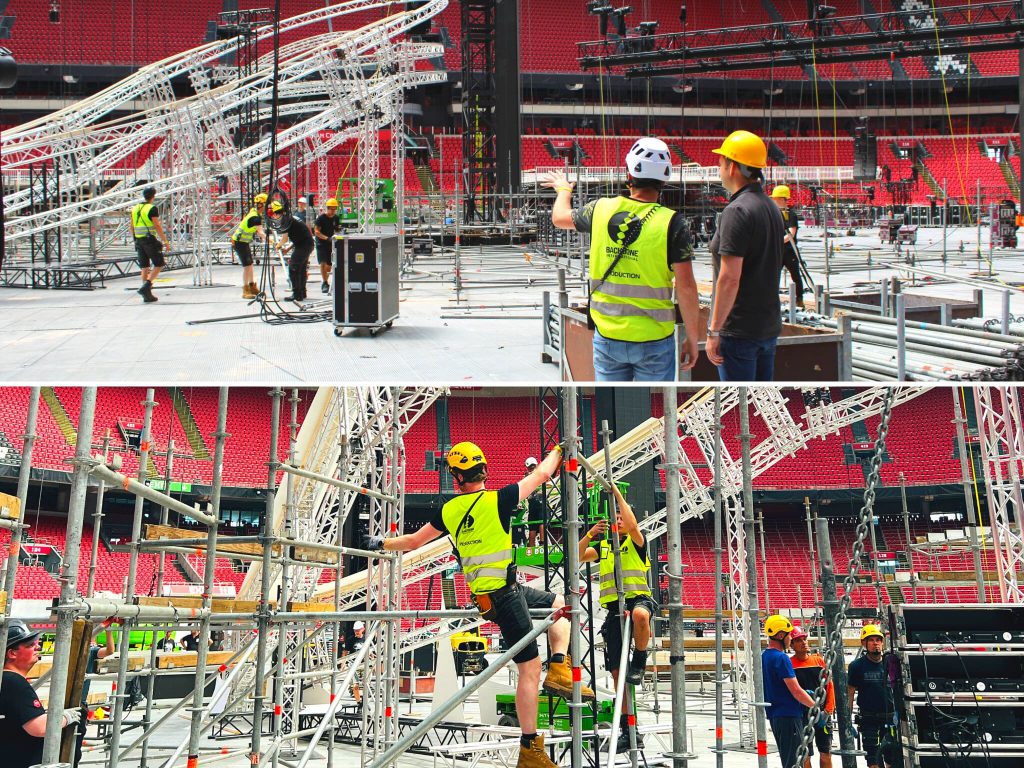 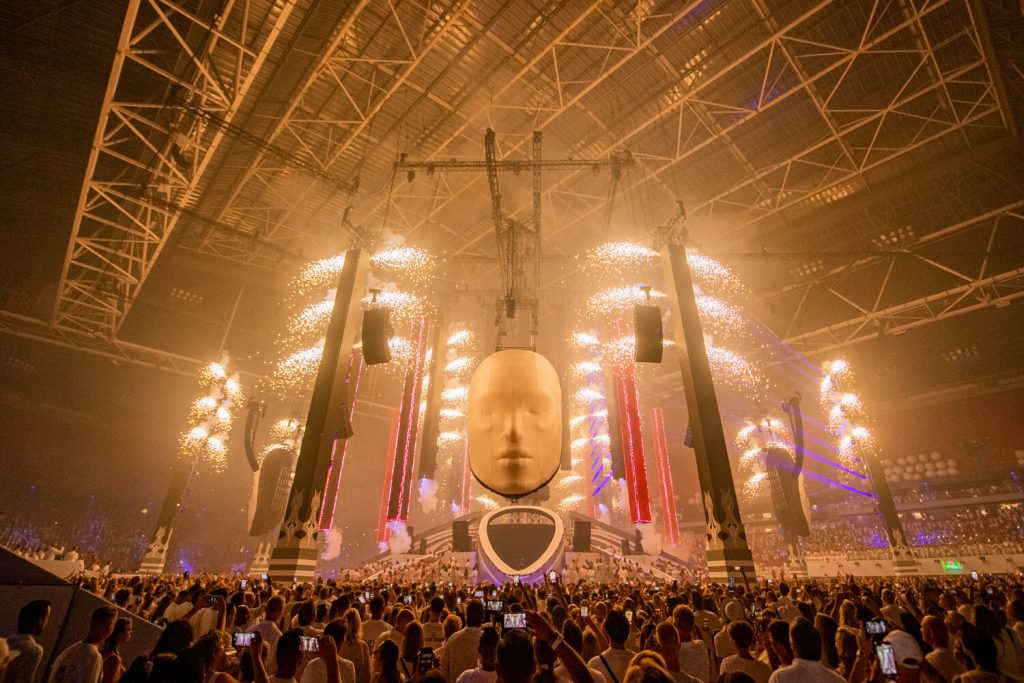 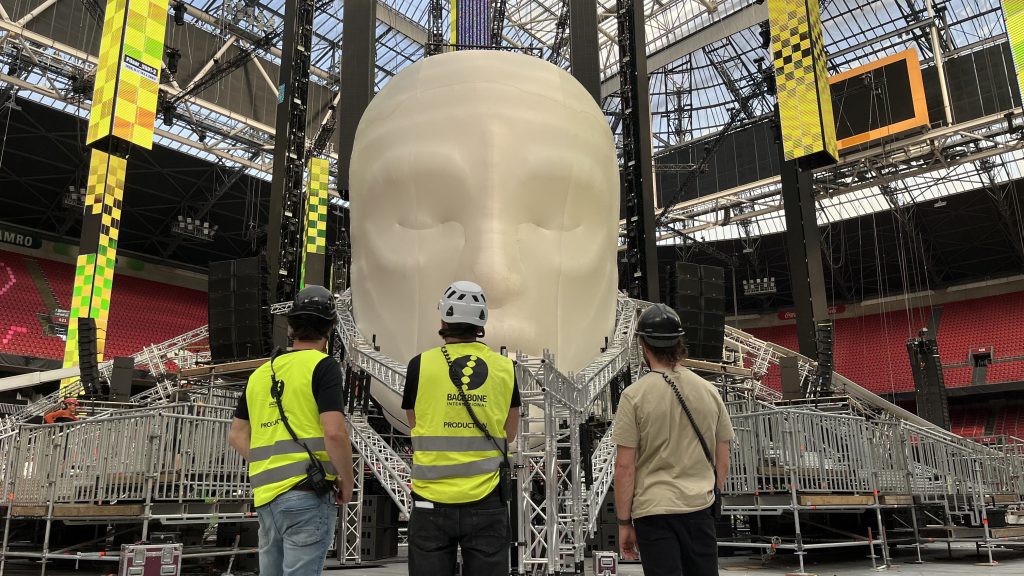 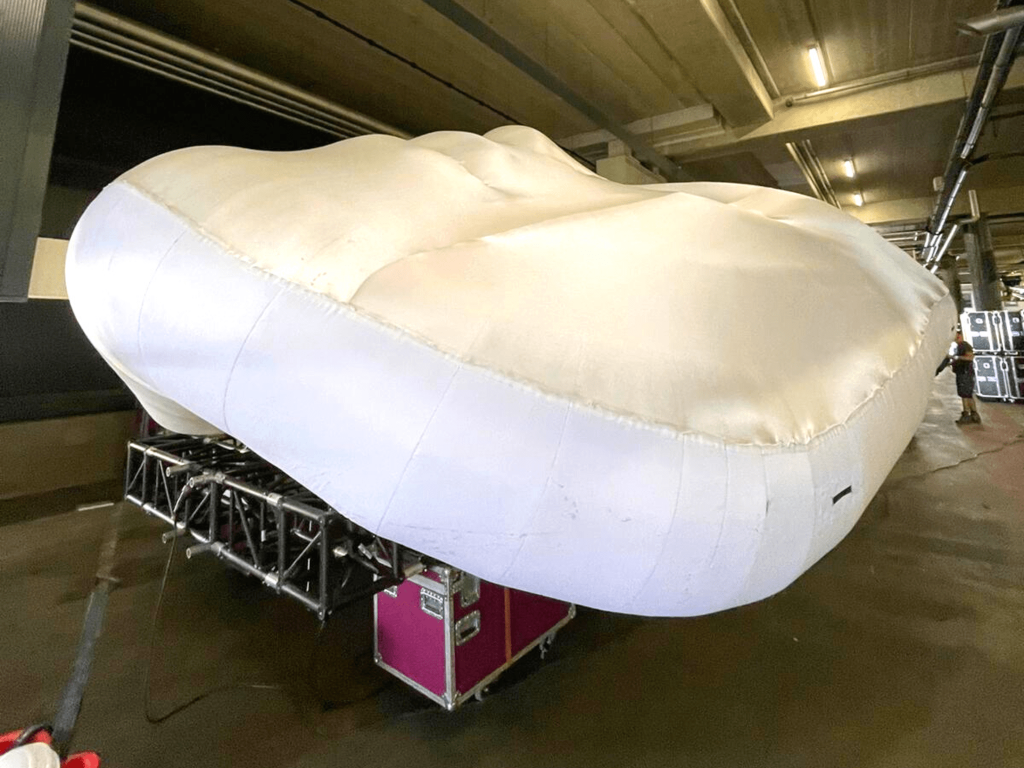 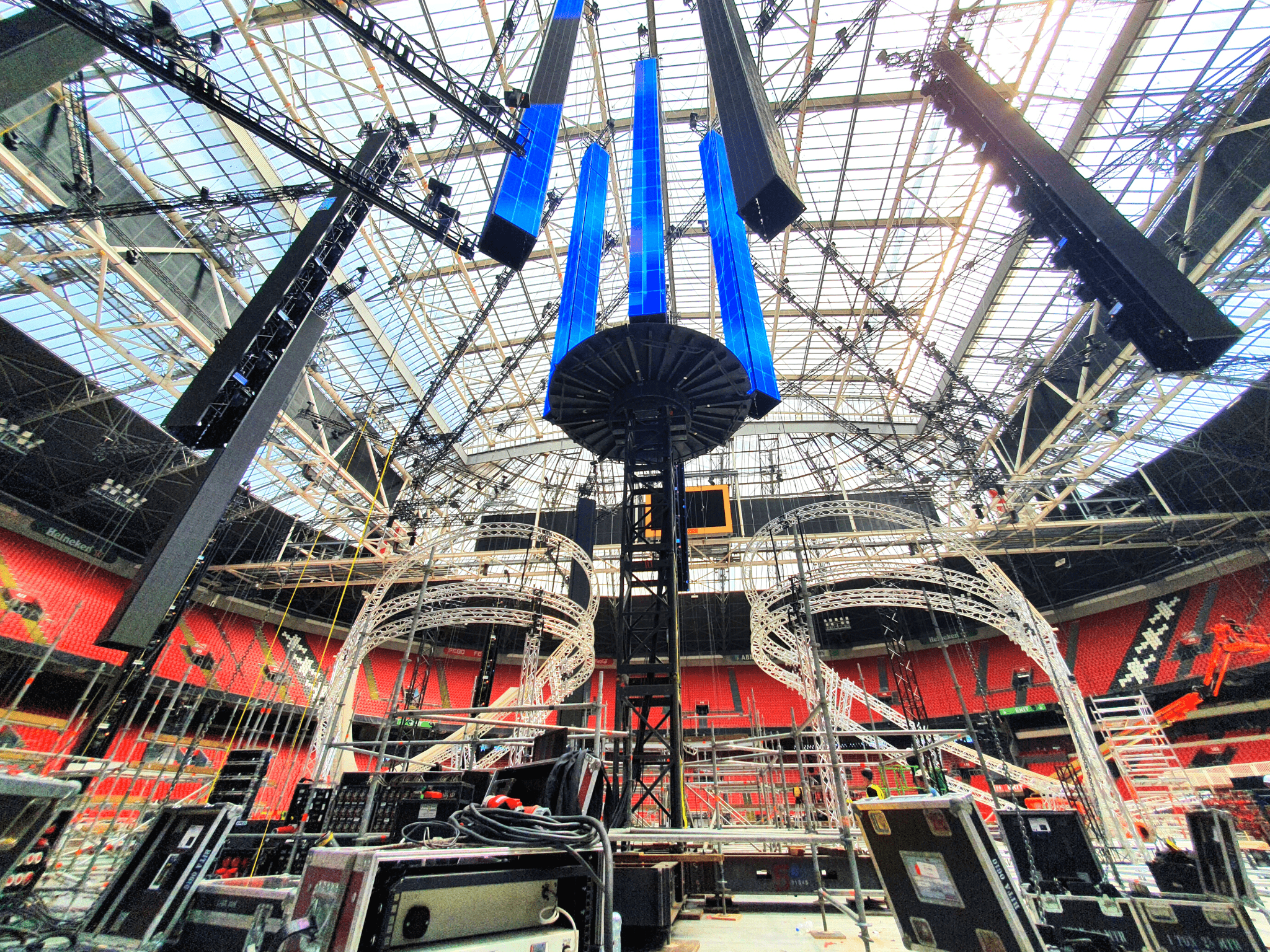 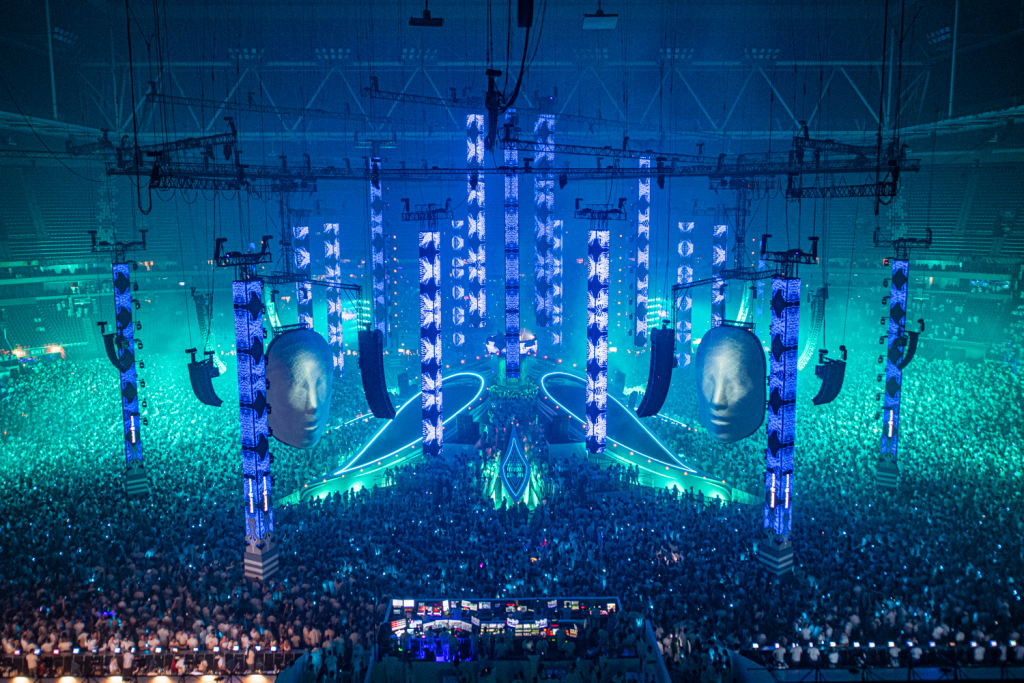