Event information
For over 15 years, event organizer ID-T, founded in Amsterdam, is organizing their world famous Sensation shows around the globe.
Every year, the creative team of Sensation comes up with a mesmerizing new show concept. The Amsterdam ArenA has always been the location for the premier of the world tour.
More than 100 shows in over 30 countries have been organized.

Role of Backbone
Backbone has had a long-lasting relationship with Sensation over the last decade. From the moment the creative team started working on the new concept Backbone has been a proud partner and involved in translating the impressive show concepts into reality.
The process from sketching and creating to the premier show takes 12 months. After the first show, all the elements are packed safely, and the world tour begins.

Backbone takes care of the complete production of the show including overlay management and technical production.

For the Ocean of White, the goal was to create a mesmerizing underwater-world experience.
The 100-meter-wide stage was filled with over 40 fountains and more the 75,000 litres of water. Due to the high weight, the stage has to be supported at various places in the basement.

The roof was filled with large inflatable jellyfish that go up and down via motion-controlled winches.
Flying acts flew over the catwalks in the shapes of dolphins and jellyfish. Big special effects in the form of fireworks are worked into the show.

The central object is a gigantic inflatable anemone under which the DJ performed on a rotating stage.

The Ocean of White was a premiere in the international dance world; a show never seen before.
The show has visited more than 30 countries in recent years. 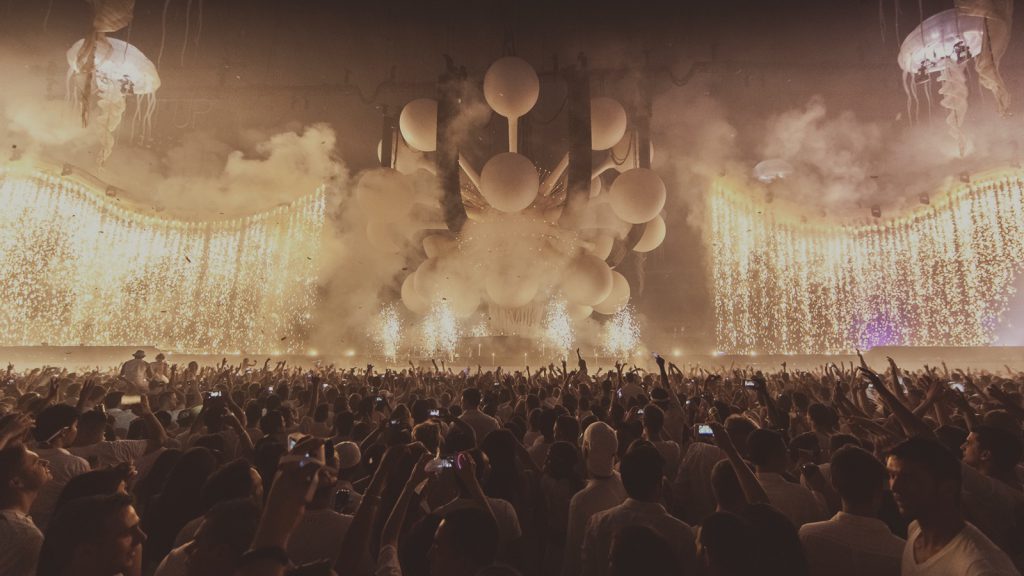 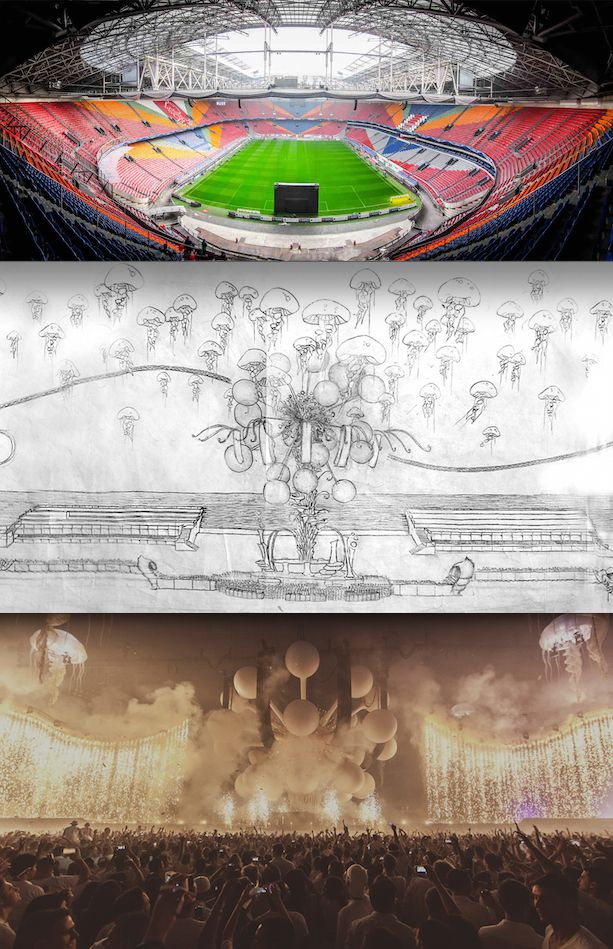 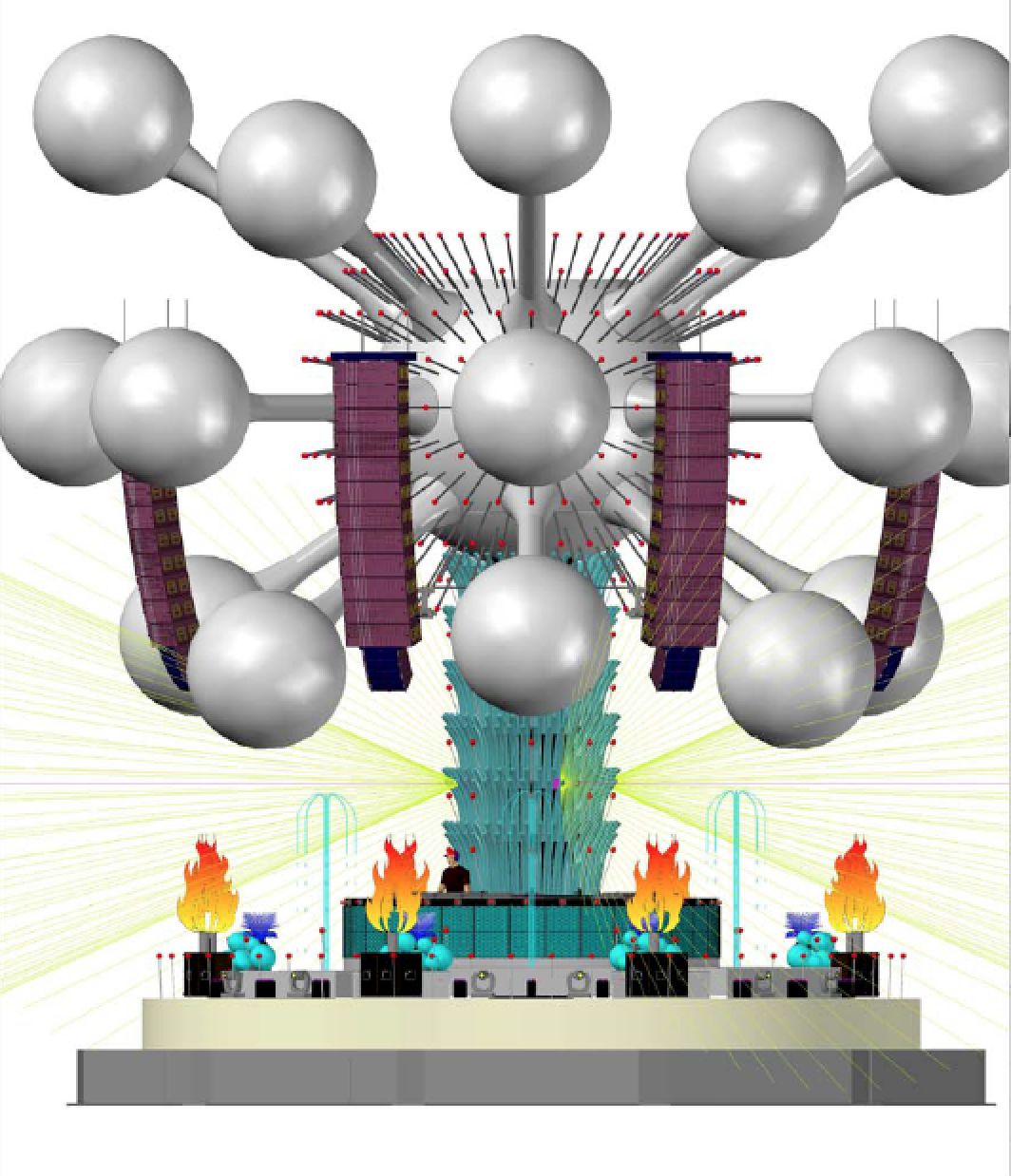 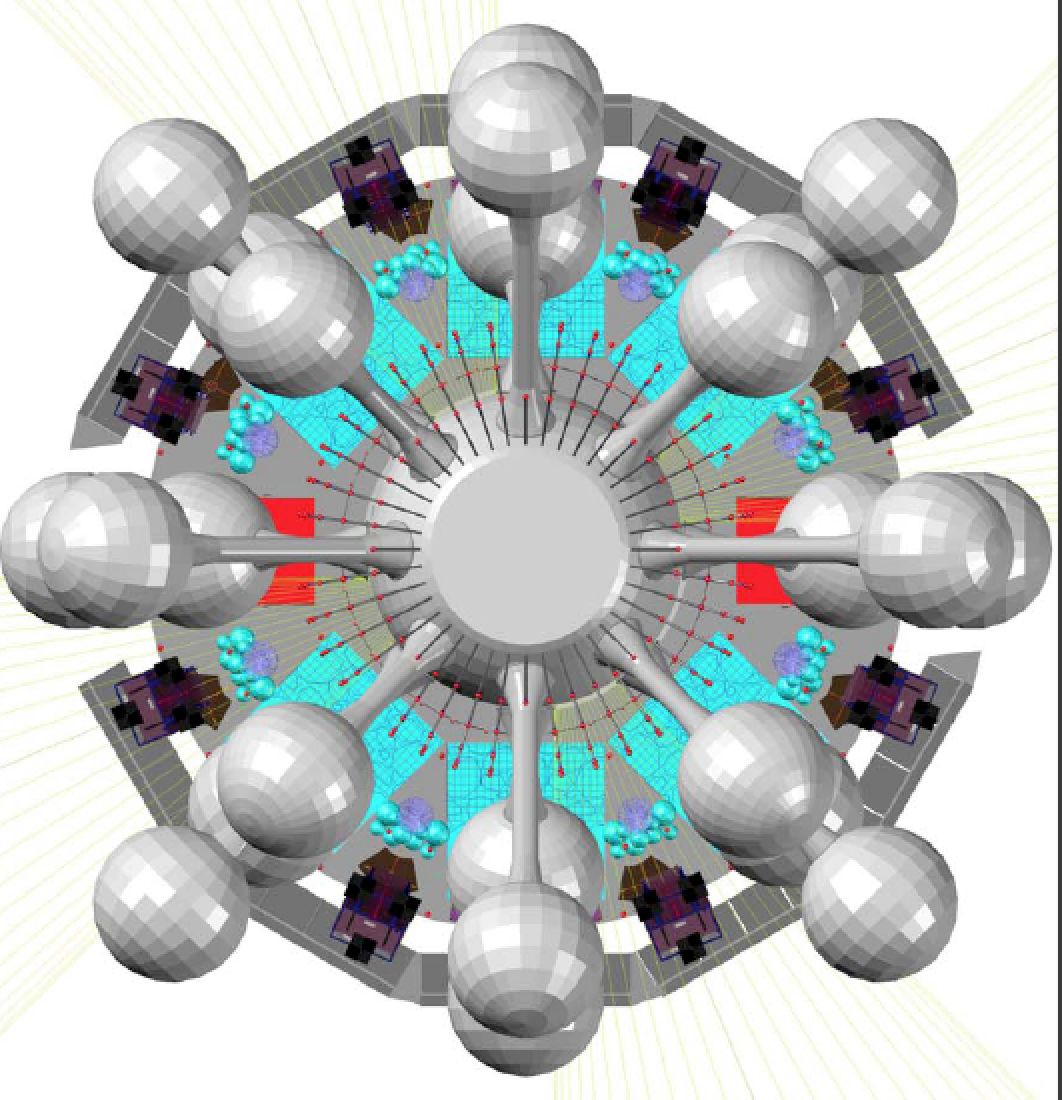 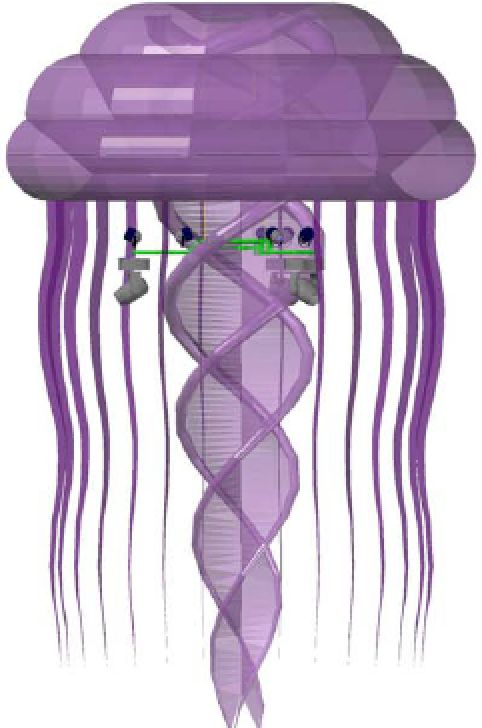 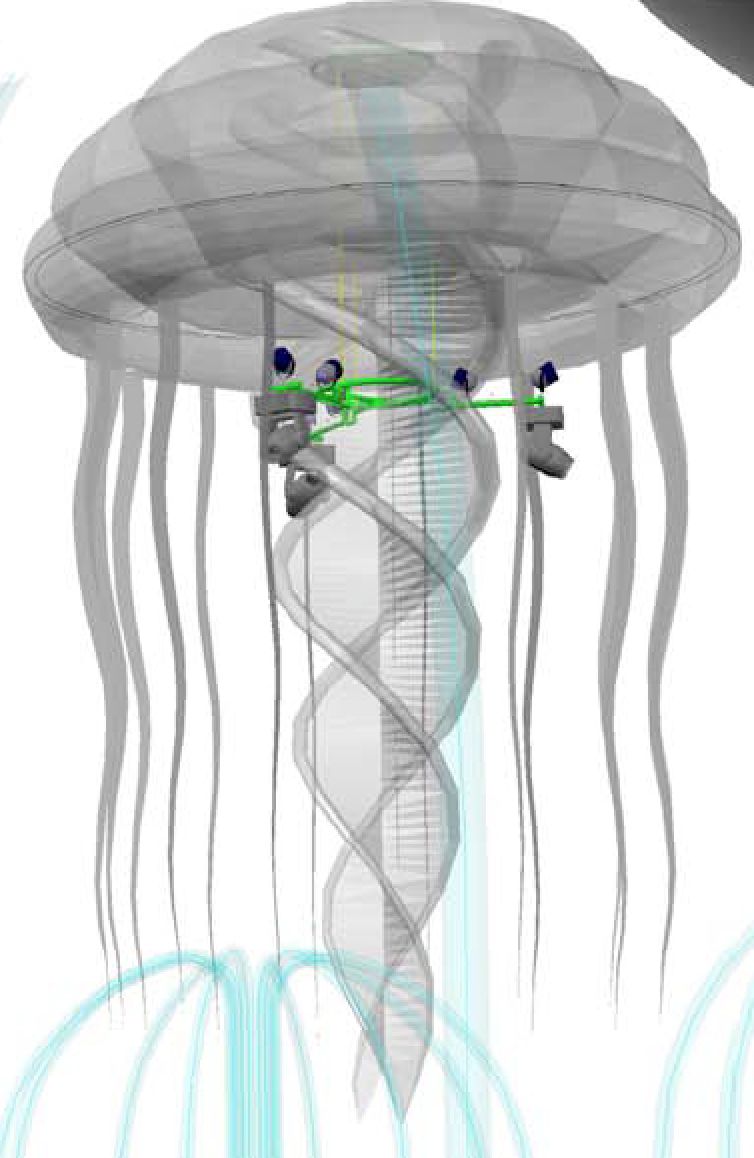 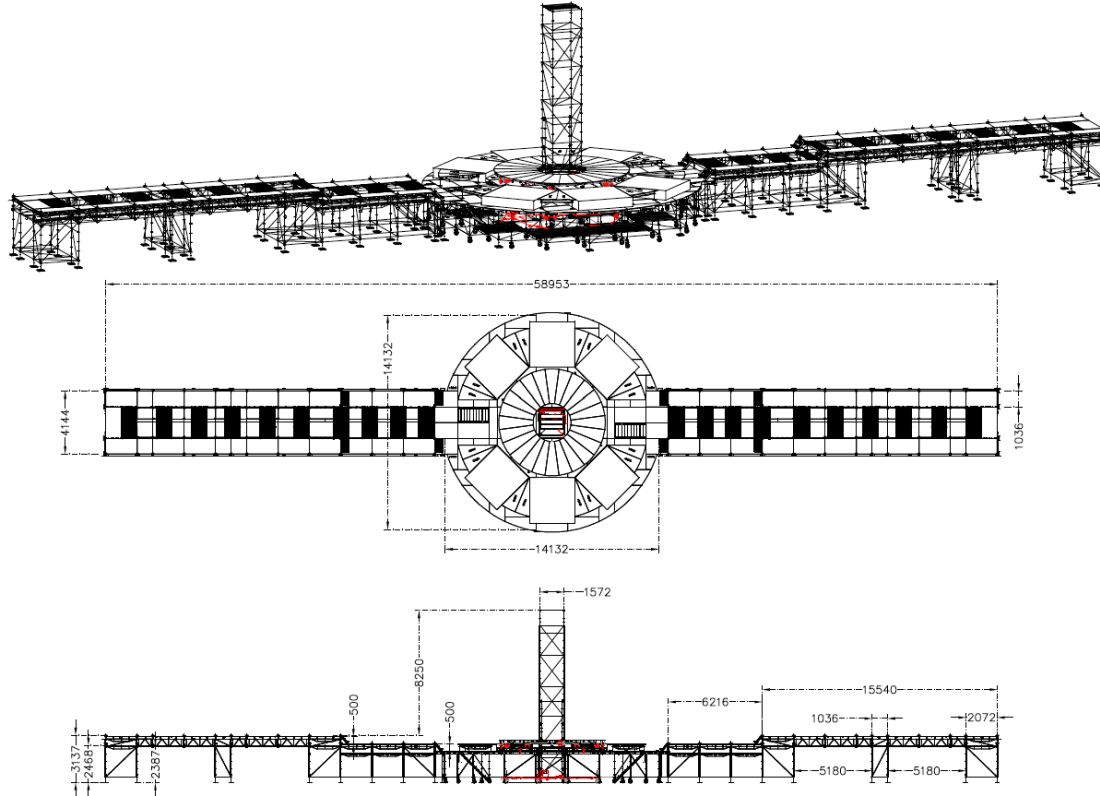 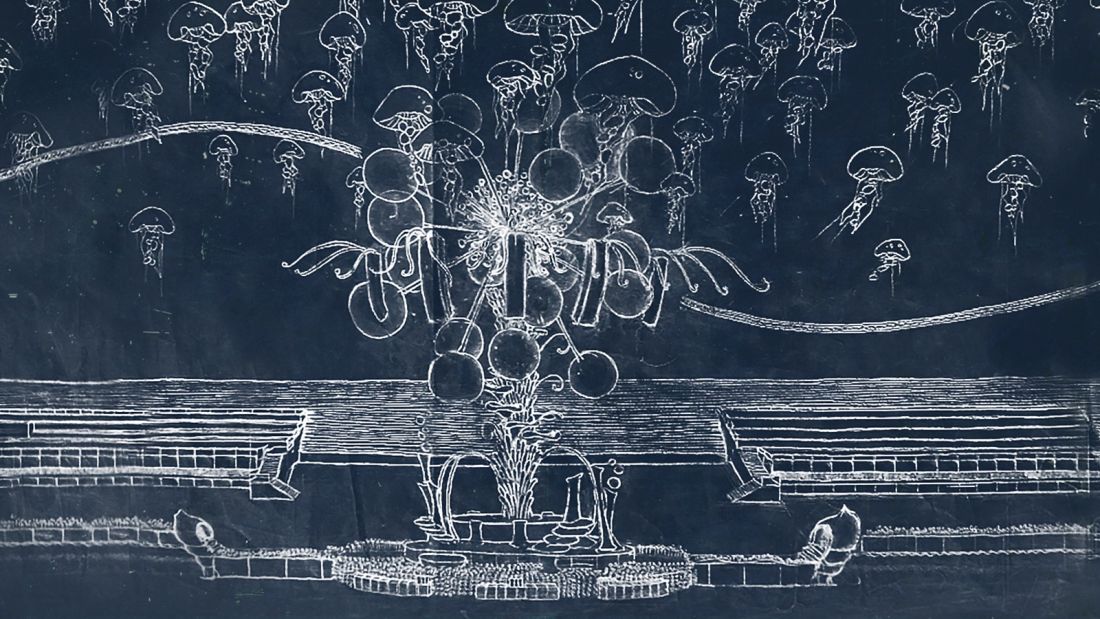 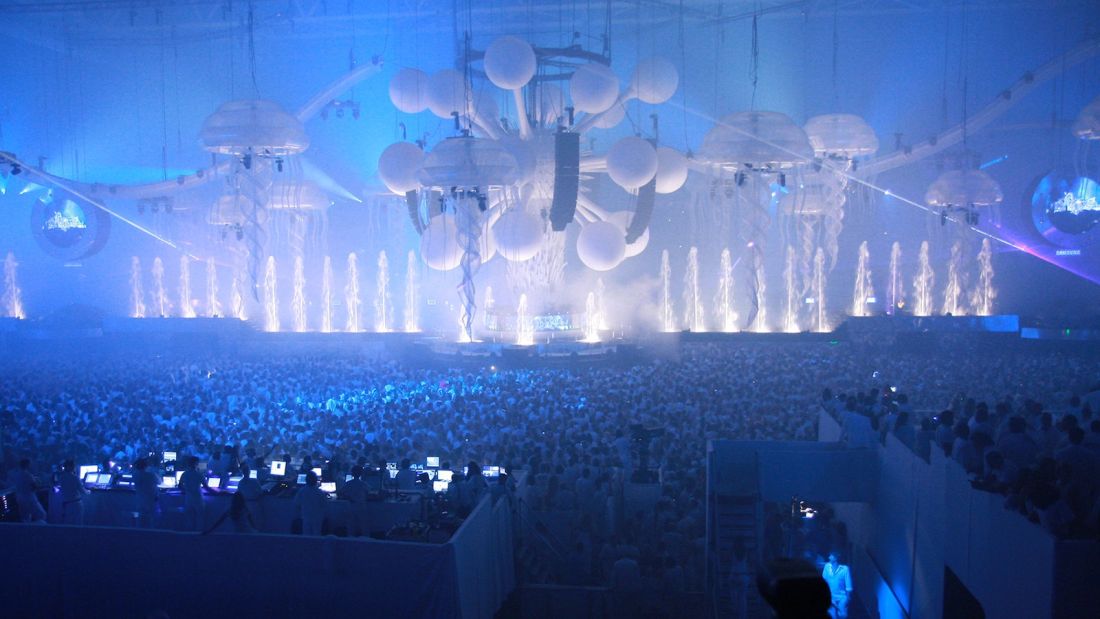