New Horizons is an EDM and dance music festival at the Nürburgring in Germany. Aiming to create seven festivals in one, the futuristic dreamland hosts over 150 DJs from across the dance music spectrum.

Its debut lineup saw areas of this Kingdom hosted by brands such as Q-Dance, Armada and HYTE, who were joined by artists including Axwell ^ Ingrosso, Chris Liebing and Brennan Heart.

Alongside the music, New Horizon’s site was filled with creative art installations, quirky performers and many more surprises, creating an incredibly unique festival experience for those lucky enough to make their way through its gates.

Backbone International assisted client ALDA Events with the technical production design of New Horizons Festival. With a load in period of 12 days, the entire team made this event happen!

Main-stage facts: This year we added a new part called the ‘semi-arch’. This decoration piece was the decor part in the middle of the stage that masked the LED screen. It was lifted with a crane into a position, where the chain hoists from the stage took over the piece from the crane. Once the crane was detached from the piece, we lifted the semi arch vertically with the chain hoists from the stage to the marked position. We also had to place the clock by lifting the LED behind the clock to the correct position and after that, the decoration commence. 25 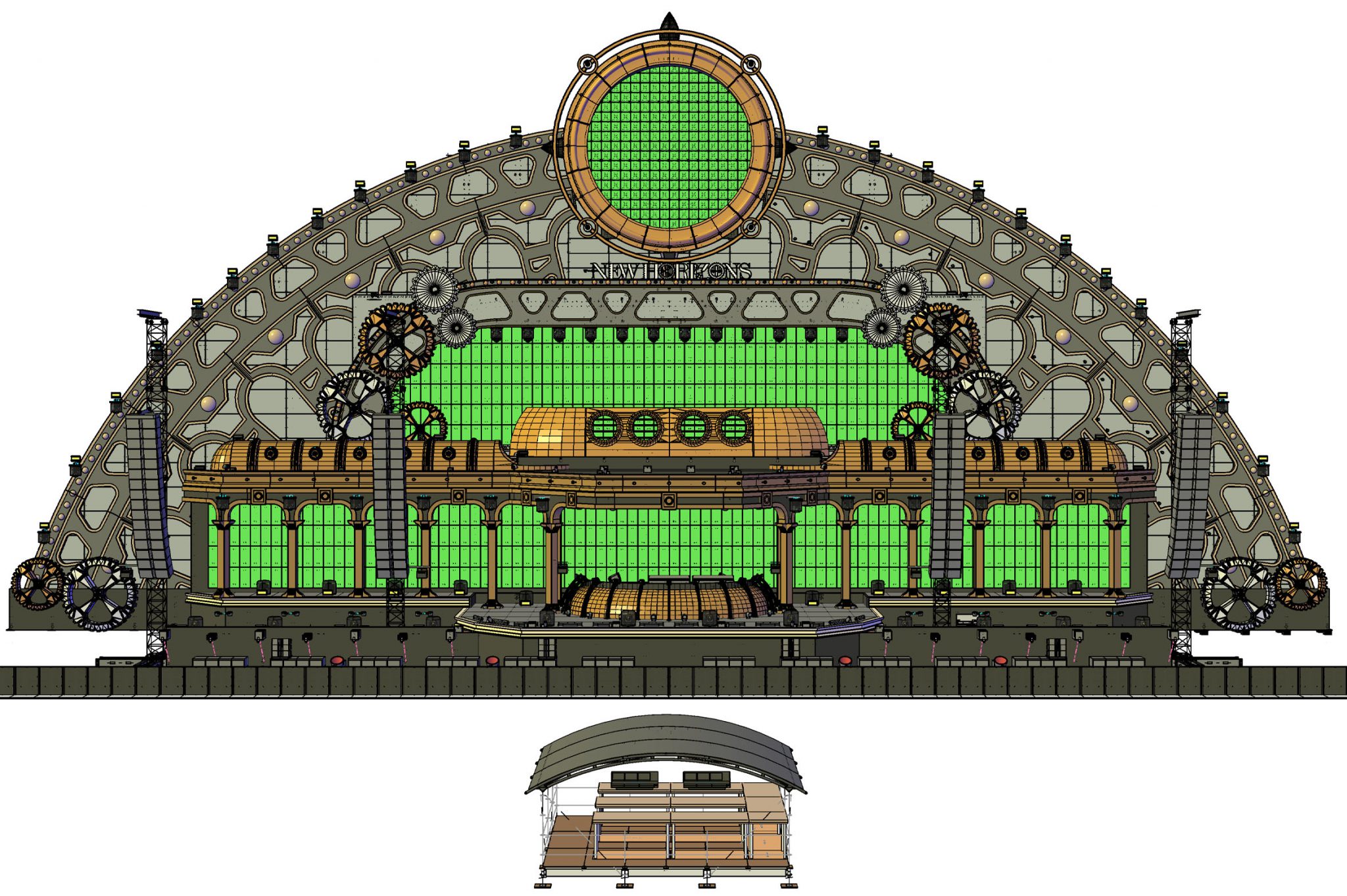 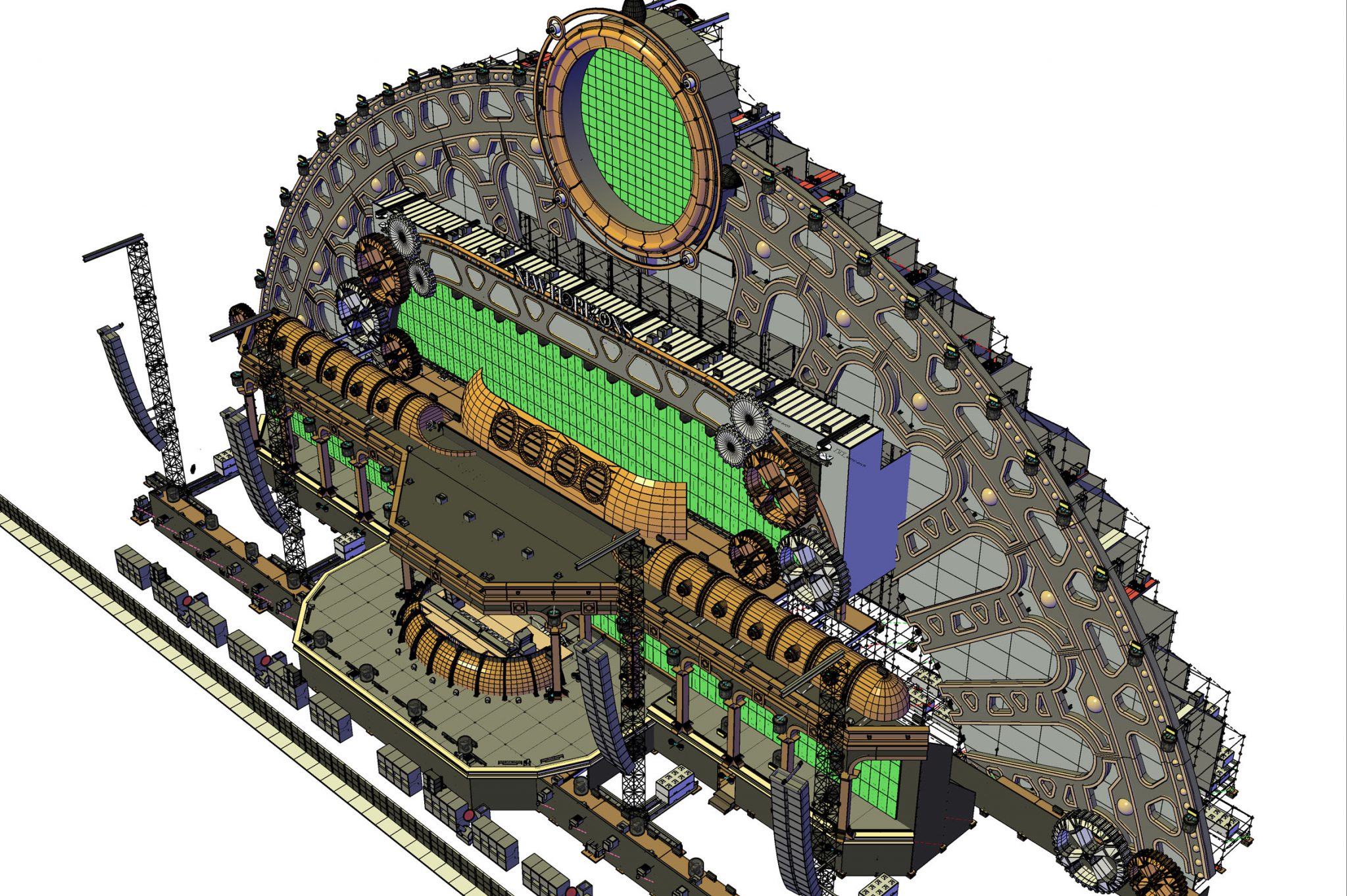 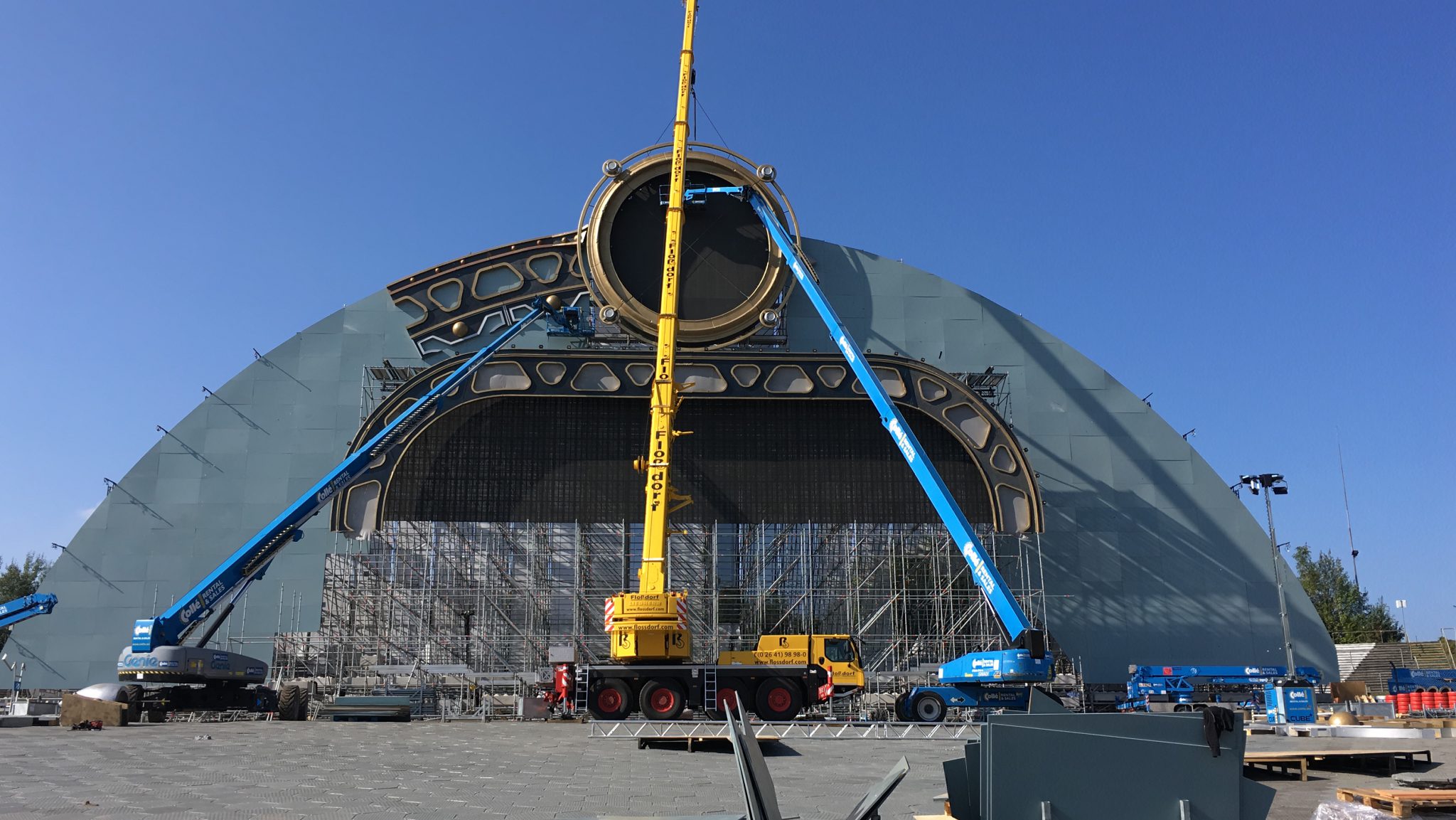