The concert of Ed Sheeran in Jakarta was his first concert in Indonesia, and it was the last country in Asia he visited as part of his “Divide World Tour 2019”. Since April he already visited several cities in Asia including Taiwan, Tokyo, Kuala Lumpur, Hong Kong, Seoul, Osaka and Bangkok.

The concert was promoted by AEG Presents, PK Entertainment, and Sound Rhythm, and took place in the Gelora Bung Karno Stadium in Jakarta for 50.000 visitors.

Backbone got asked by our clients PK Entertainment and Sound Rhythm to take care of the overlay management for this concert.

We were responsible for the supervision of the overlay both inside and outside the stadium. From site layout drawings until delivery, all suppliers of temporary infrastructures like fencing, barriers, signing, and seatings fell under our management, while working together with only one site person of the promotors.

The biggest challenge and highlight for this project was that the concert had an all seating arrangement. It was the first time this was done in Indonesia on such a great scale. 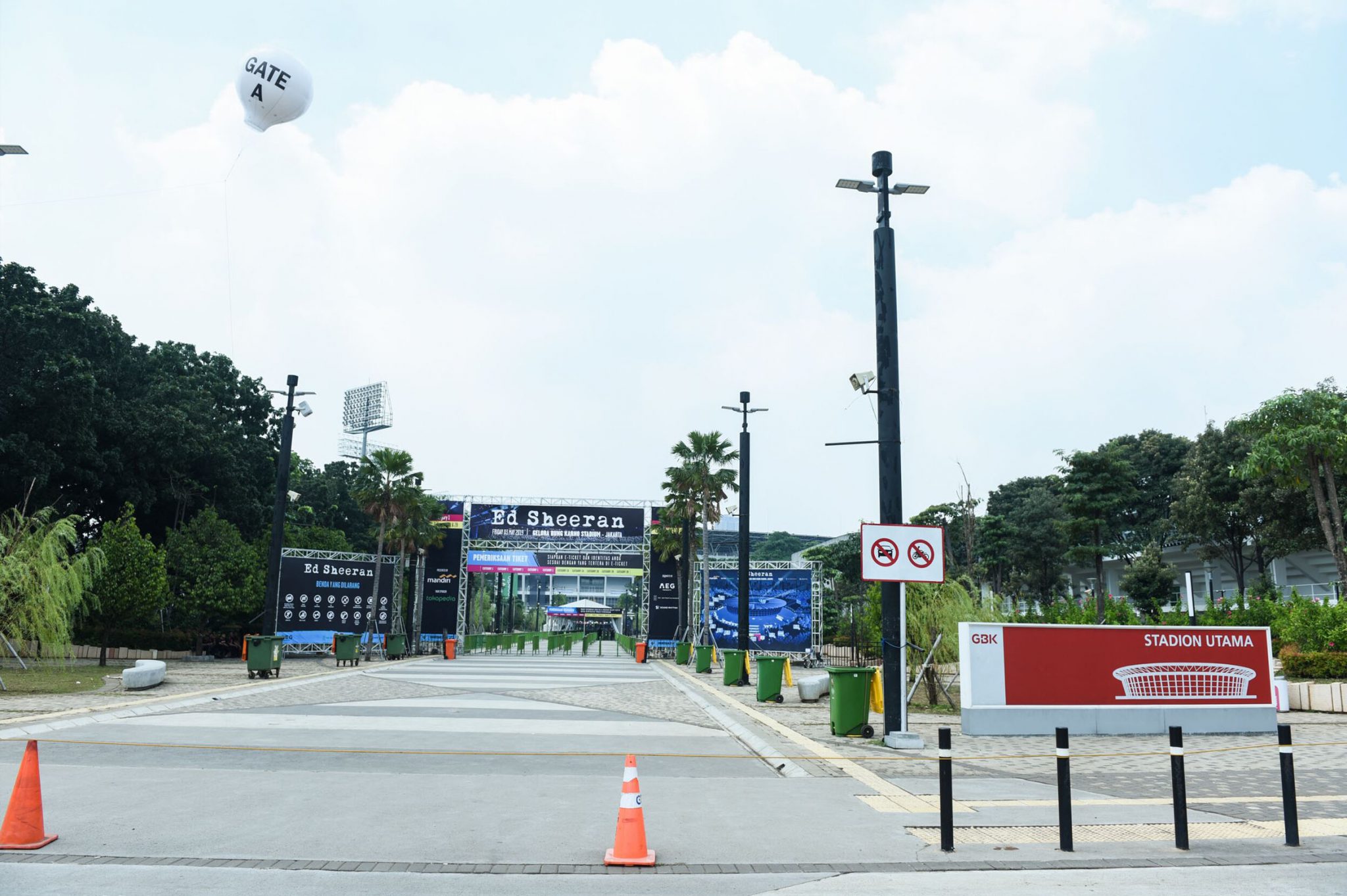 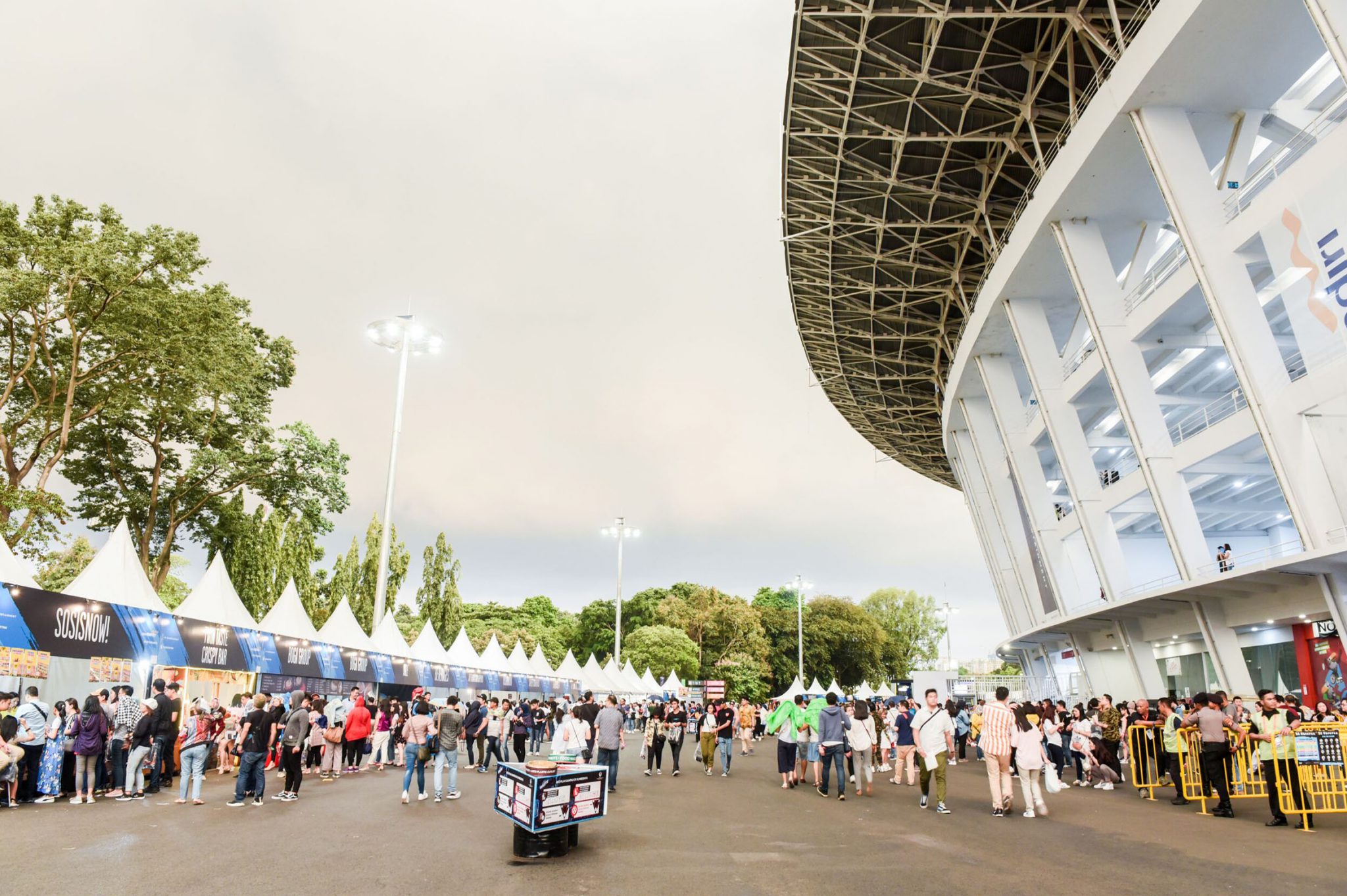 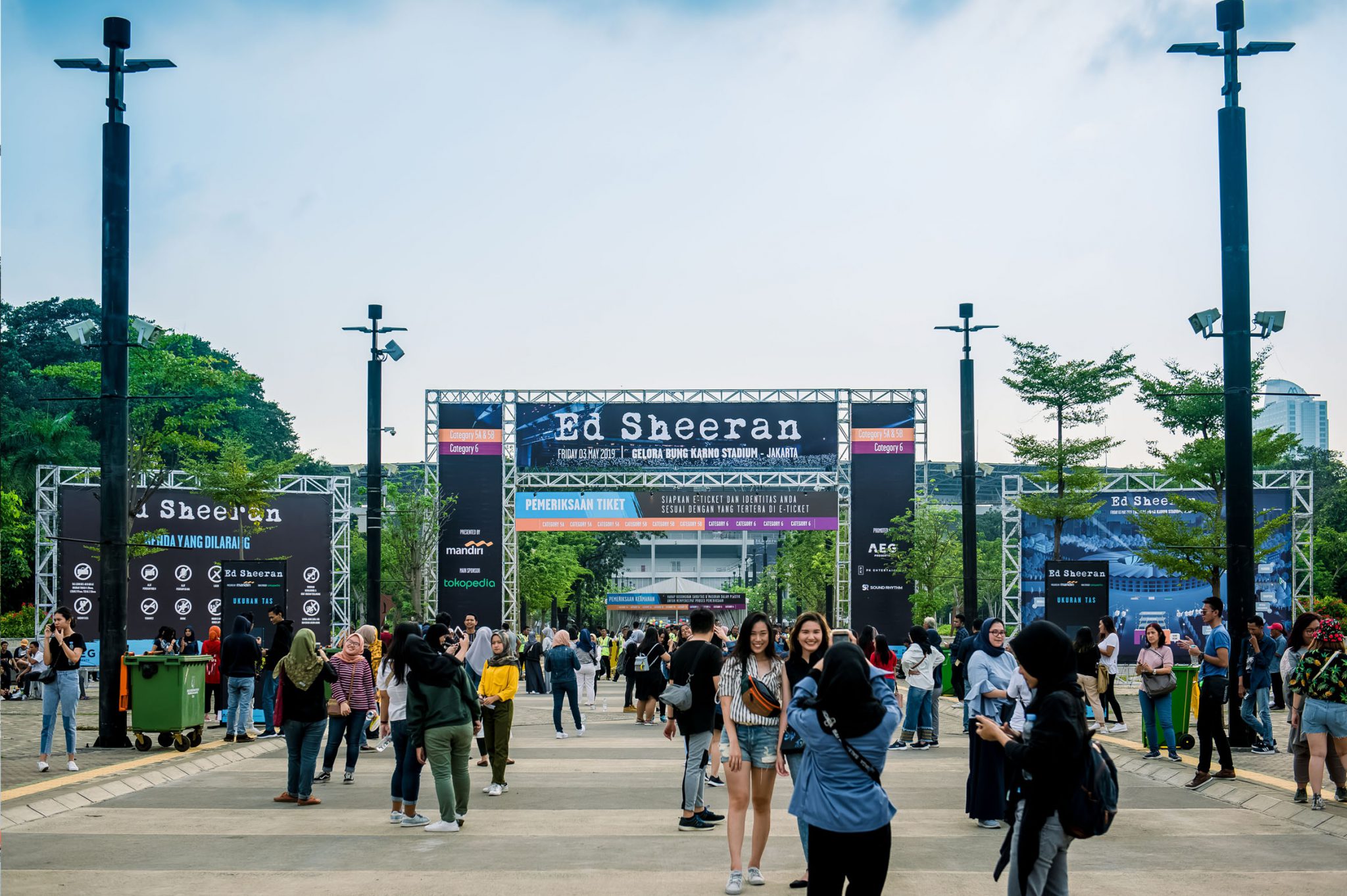 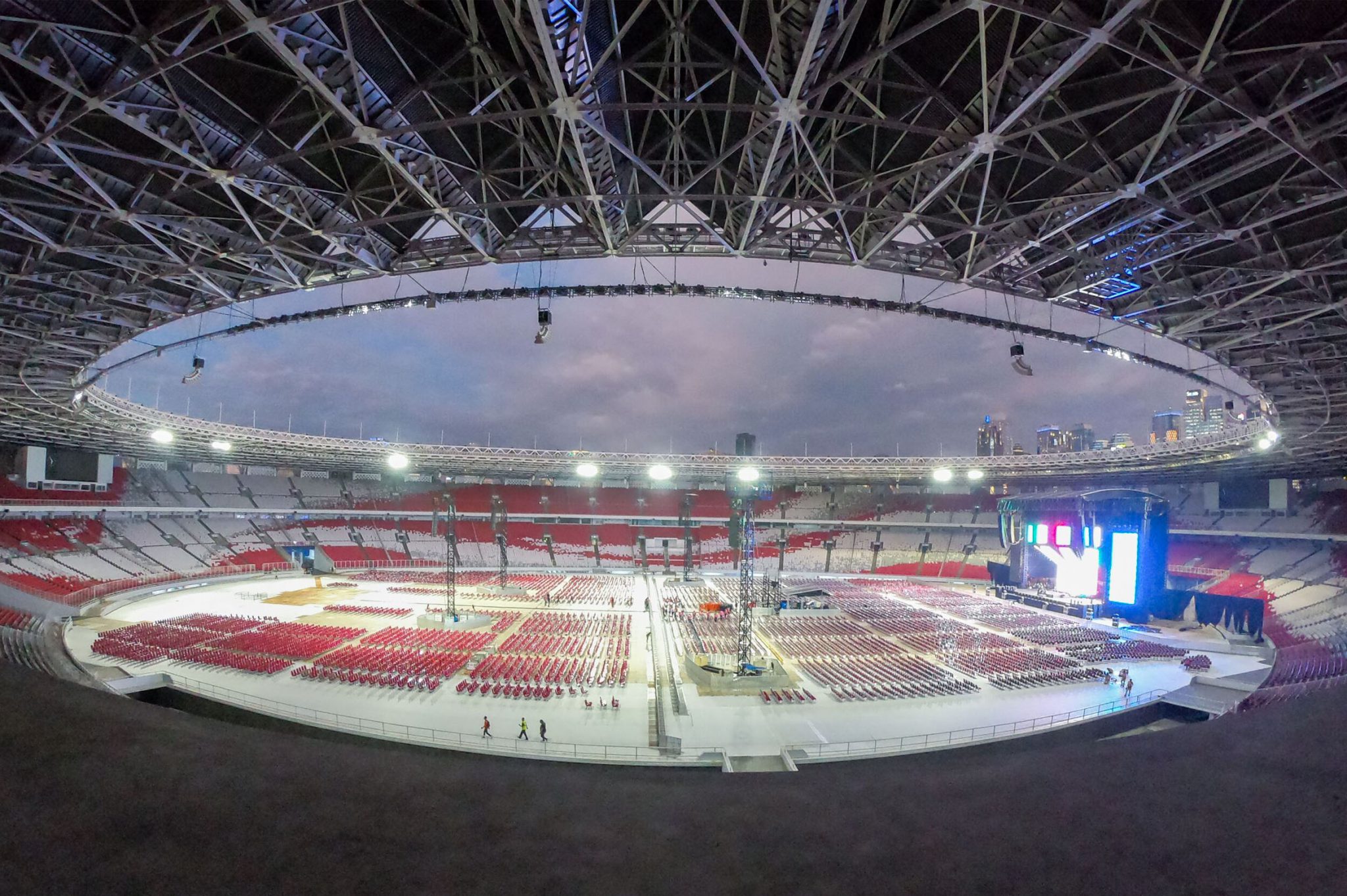