AMF is Amsterdam’s biggest indoor music festival during the Amsterdam Dance Event for years now, and also this year it was the highlight of the five-day conference and festival. With over 40.000 visitors and the world’s biggest EDM DJs performing on this event, the immense Johan Cruijff ArenA again became the biggest night club in the world.

Besides the announcement of the world’s No.1 DJ by DJ Mag, the Two Is One concept also returned this year with a new and unique performance by Timmy Trumpet joining forces together with W&W.

After 6 successful editions, Backbone International was again asked by our client ALDA to take care of the production management and technical production of this event. The technical design was done in close cooperation with ALDA in accordance with their creative design of this complex technical setup.

Last year a trussing construction in the roof of the ArenA optically lowered the ceiling, but for this edition our client went to the extreme. 80 percent of all lighting was hanging above the crowd and could be lowered down to just a couple of meters above them.

The actual load-in of this project started on Sunday the 13th of October. Just like on earlier editions, also this time we couldn’t access the grass until the day of the show. Everything hanging above the crowd or standing on the field, had to be build around the field and was moved to the right place on this day. A complex challenge, but our client praised our team for getting this job done accurately and efficiently.

The biggest job however was the build and hoist of the three 20 meters high crosses on stage, made out of trusses, LED screens, and 510 LED strings with a total of 15.000 single LEDs. Four different suppliers had to cooperate with each other on a very small area, while the LED screens had to be attached to the trusses on a different way than it’s normally done. Overall, this project brought the difficulty levels in the build of it again to a new high. 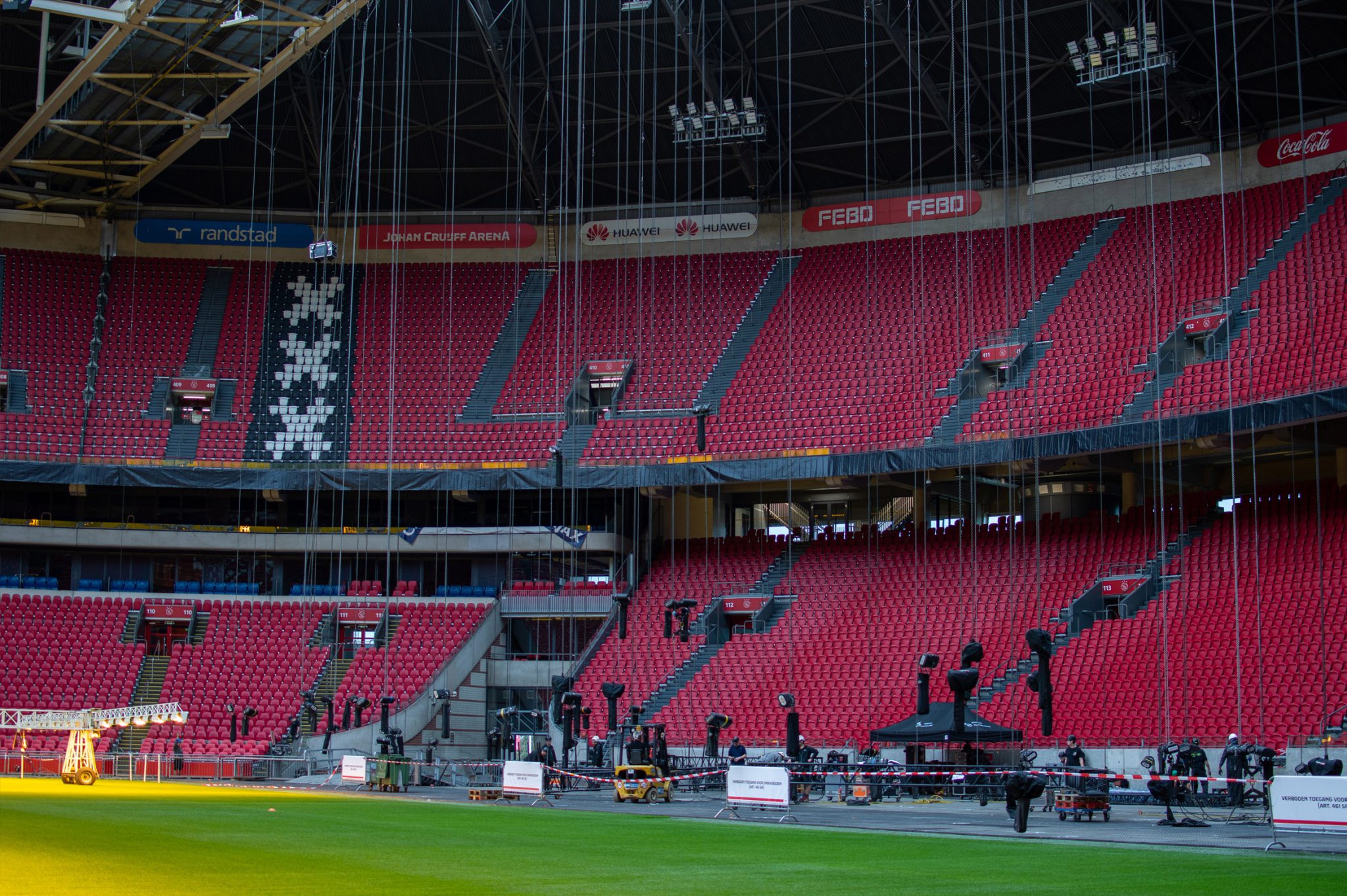 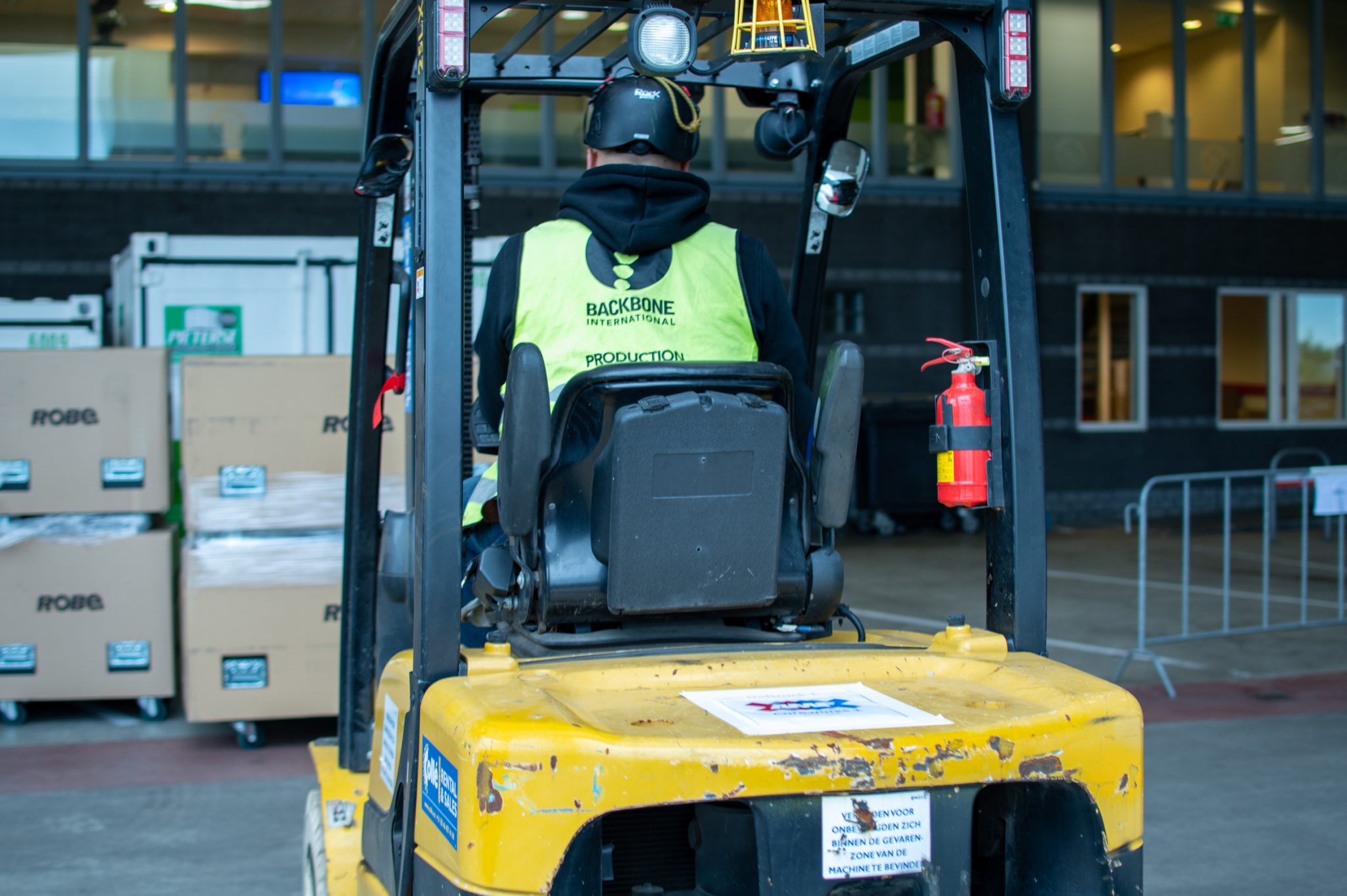 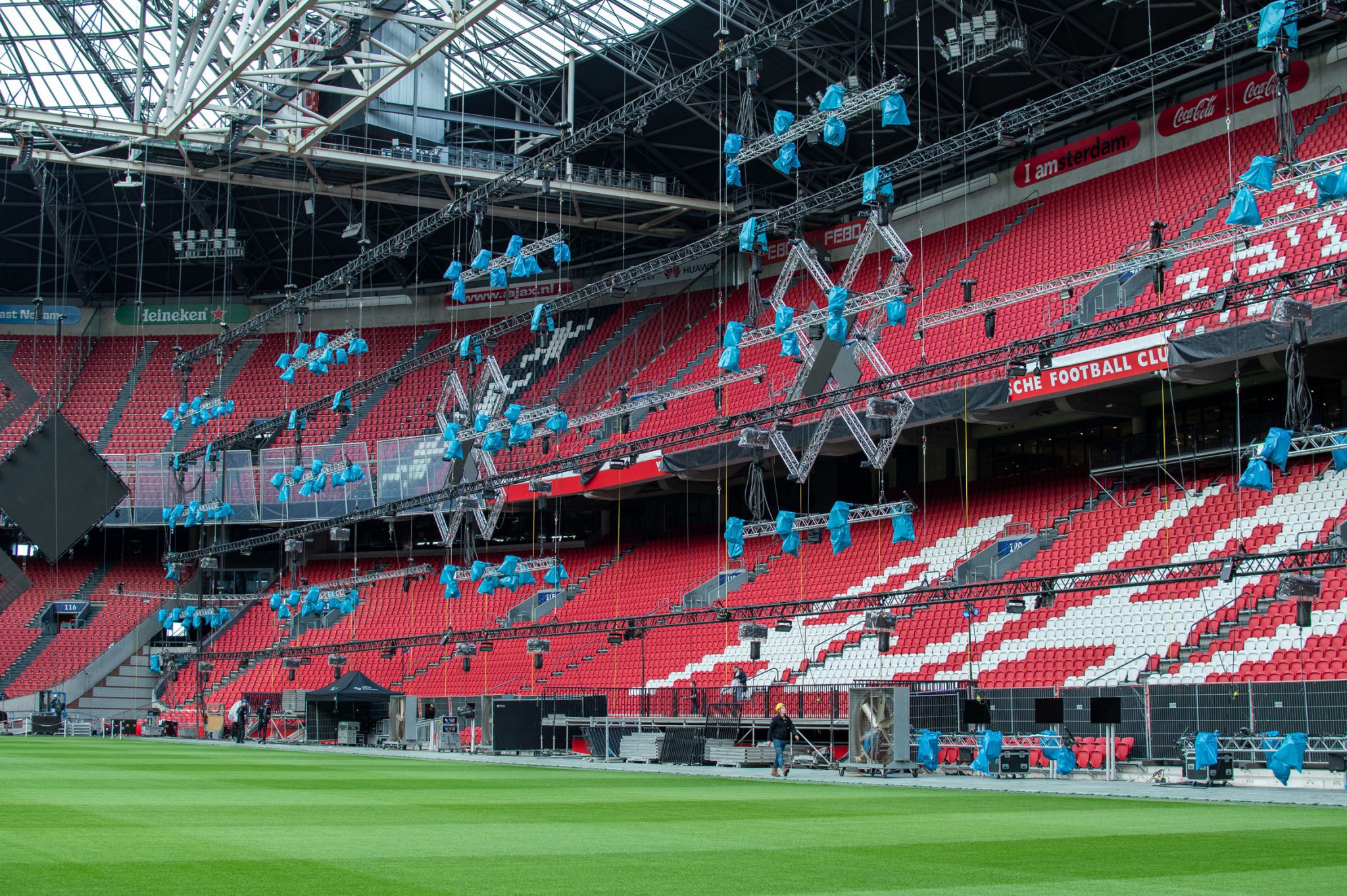 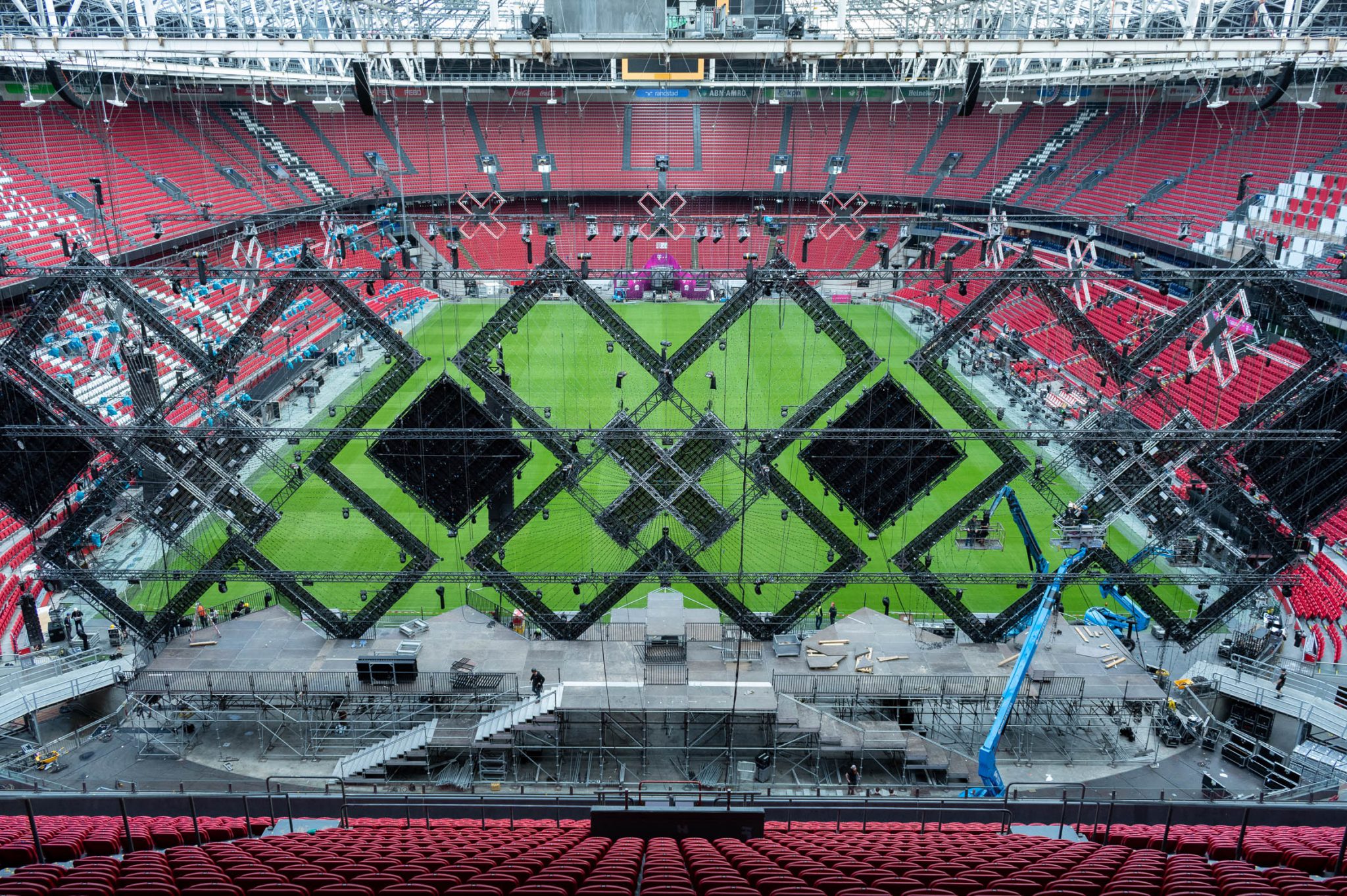 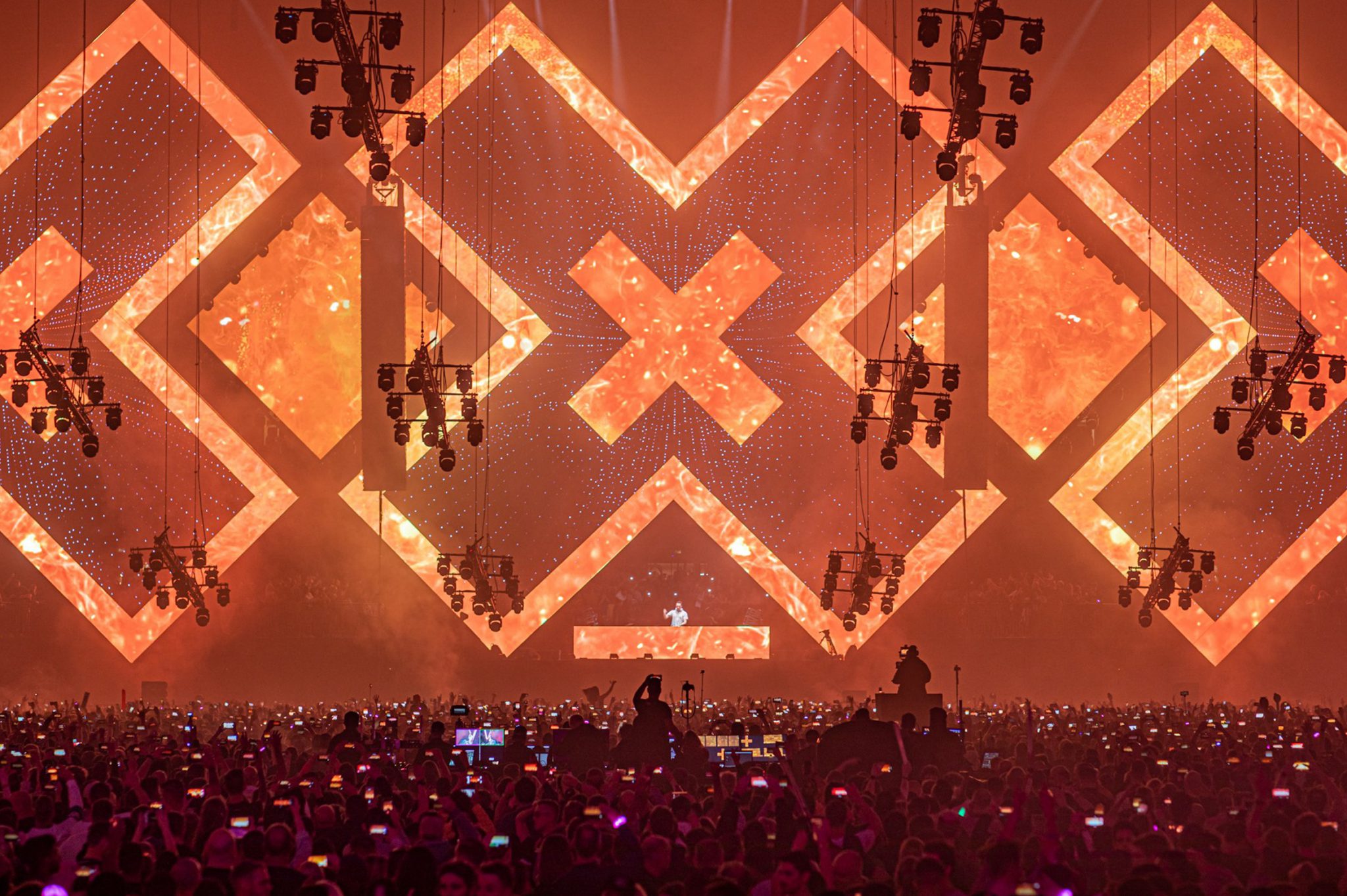 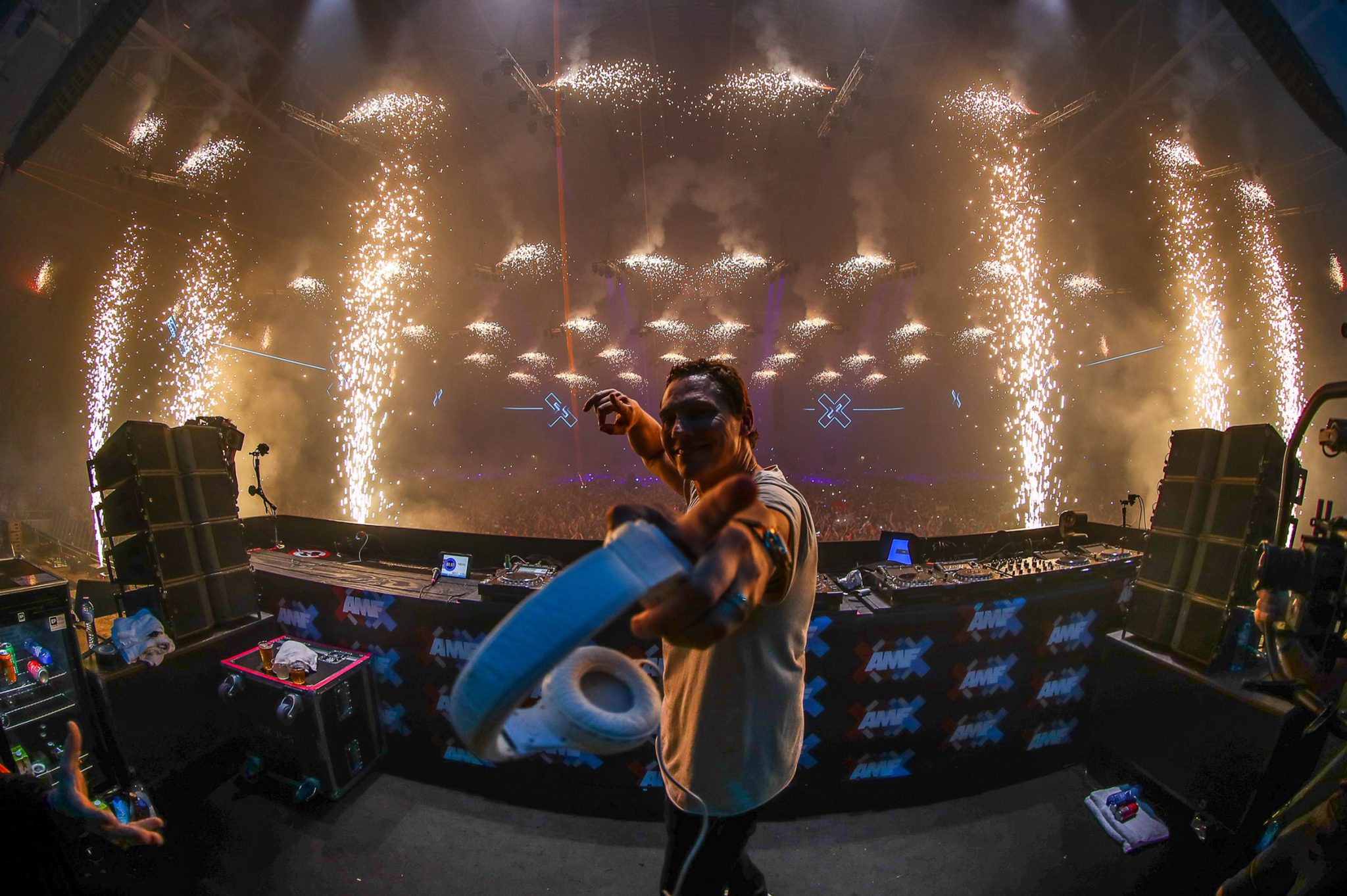