On the 14th of September we were dancing for a greener planet at The Raindance Project in the Netherlands, Kenya and Tanzania. A lot has happened nevertheless before these events took place, and even before I’ve heard that I would be travelling all the way up to Tanzania. Let’s start at the beginning and work my way up to my report on this project.

Our cooperation with Justdiggit

The Raindance Project is a series of simultaneous live concerts, to showcase the potential of landscape restoration to the world and raise funds for Justdiggit projects in Africa. Publicly accessible and free of charge Raindance events were planned in rural and drought-stricken areas, something that has never been done before.

The start of my project

In April 2019 we were visited by David Opdam and Kiki Calis from Justdiggit, who told us about what Justdiggit does and The Raindance Project. Just before this presentation I heard that I was going to Tanzania.

Because Joris was doing the pre-production for both events in Africa, we’ve called a few times to talk about the plans, and to discuss when I was getting involved in the project. Mid-August, I was introduced to the Raindance project team and our local partners of the Lead Foundation. Since then, I gradually took over the pre-production for the event in Tanzania.

With a project that has never been done before, you can expect that you have to deal with several challenges. The location was for example not accessible before Thursday 4PM, because of (national) school exams on the three schools next to the playground were the event was going to take place. Therefore, we’ve planned to start with the build at Thursday afternoon.

In addition, it was held in a fairly remote area, the village of Mpwapwa in the province of Dodoma. All our suppliers however came from Dar es Salaam, which is an 11-hour truck ride under good circumstances. Due to the bad roads the trucks arrived late in the evening. The crew nevertheless unloaded the trucks by moonlight, and the next morning they started building the stage. 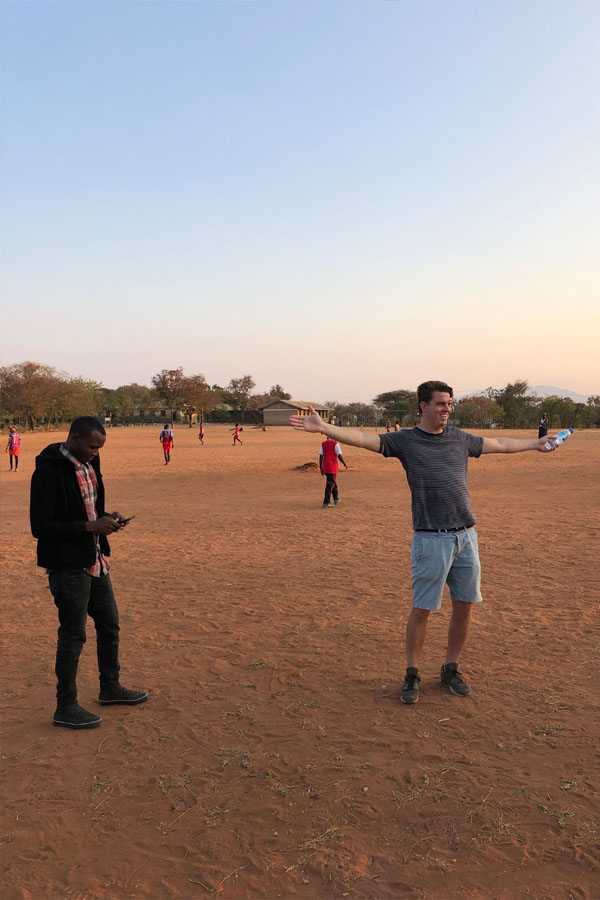 Further, it’s always a surprise what a local supplier brings with him in regard to the material. In the preliminary phase we were told that a stage with audio, light and LED screens would be provided, but material lists are not yet standard in these regions. It’s then the question whether you get, what you expect. When we’ve asked for 50 meters of black cloth for example, we received a woven fabric different from what we had in mind. They did their utter best with the knowledge they had, which created an opportunity for us to share ours in order to helping them grow.

During the buildup I was mainly responsible for the technical supervision of the build, and for reaching our deadline for the test-runs of the live satellite connection needed for the live moment. An important part of this project, because by connecting the events and their visitors to each other, we would create a feeling of solidarity and togetherness. We were going to be all in this together.

Of course, I also assisted where needed, but the local production team had built this stage before and knew exactly what to do. Unfortunately, and due to our late start, we were still in the middle of the build and had to be creative with our test-runs for the video stream to the Netherlands. However, on Friday evening the stage was ready, so we could do some fine tuning on Saturday and still had time left for the rehearsals. 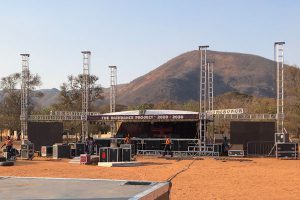 Highlights of this project

For me, the highlight of this project was the joy of our partners of the Lead Foundation. They put so much passion and energy into all the projects they do, and this event was a celebration of all their hard work.

The live moment was also something special to remember. Via a Live-U system and online streams we were able to send our camera feed and at the same time show the camera feed of the events in Kenya and Amsterdam on the LED screens at the sides of the stage. We were able to time this moment exactly, because of the show script and the constant contact with colleagues in the other countries. 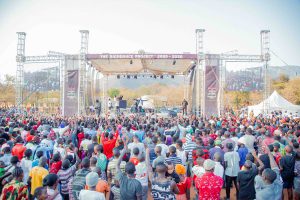 As cherry on the top, some local artists started playing music after the official program had ended. Together with the local people, volunteers and crew we continued partying and it was fun to see how ecstatic everybody was that The Raindance Project was a great success!

The presentation of Justdiggit really spoke to me, and it definitely made me excited to work on this project and to actually make a change for the world. But I’ve also learned that everybody can do something, be it with donations or even via education, fashion, Tony Chocolonely chocolate and events like these. It’s not too late yet, if we can warm up the earth, we can also cool it down! 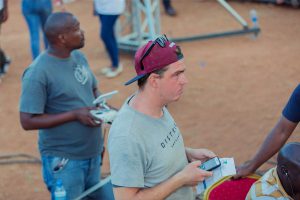